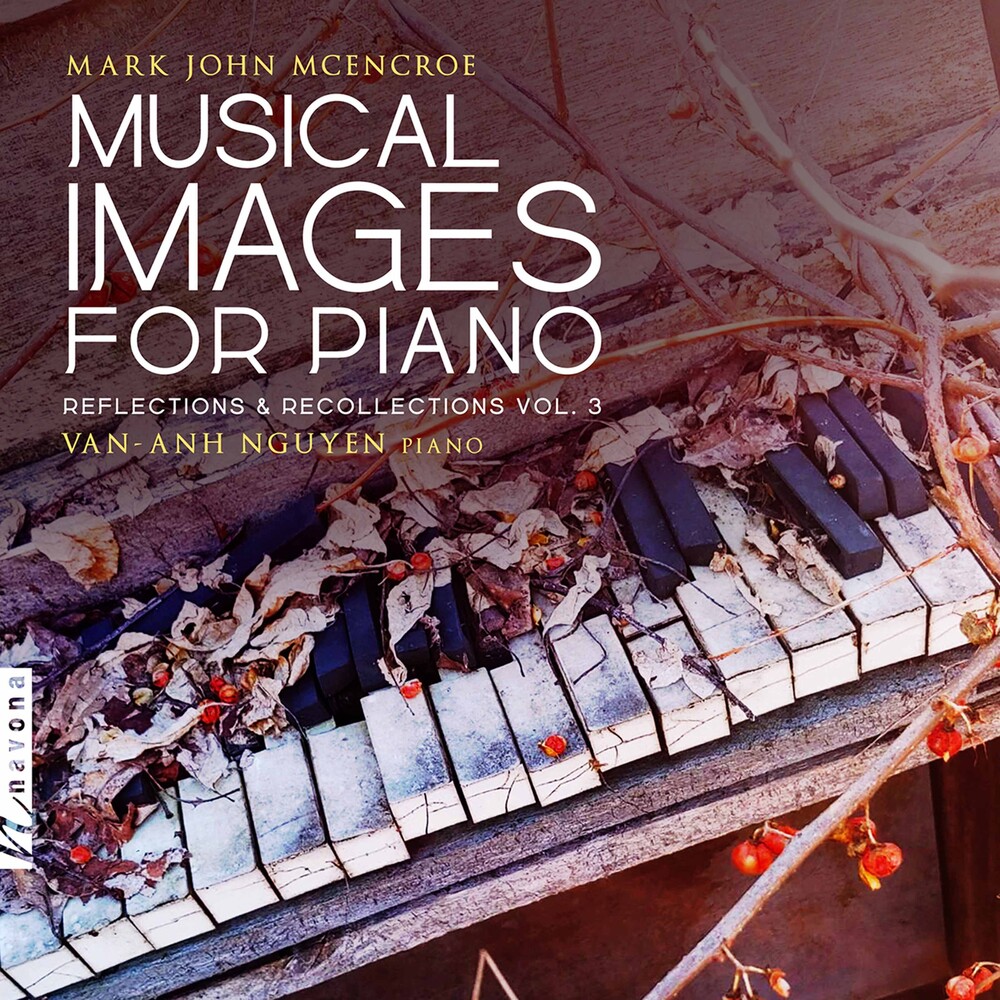 MUSICAL IMAGES FOR PIANO: REFLECTIONS AND RECOLLECTIONS VOL. 3 is the latest continuation of composer Mark John McEncroe's REFLECTIONS AND RECOLLECTIONS series with Navona Records. Many of the pieces featured on this album are reductions of McEncroe's orchestral works, granting the listener fascinating insight into the mind of the composer. As devotees of McEncroe and his music will likely already know, he is a retired chef, and brings many of the aptitudes of that vocation into his work as a composer. In Volume 3, McEncroe presents the raw ingredients used to concoct some of his greatest orchestral pieces-this time, in their most raw, unmitigated forms. Movements In The Night and Echoes From A Haunted Past, for example, were both previously released on McEncroe's 2018 orchestral release, MY SYMPHONIC POEMS. Somehow, these pieces retain their towering grandeur despite now being performed on solo piano. As is so often the case with recordings of this caliber, the dynamic arrangements and superlative performances on all of the pieces on this album create cavernous spaces which free the listener's mind to hear the music beyond the piano itself. This album also features a movement from Natalie's Suite, a three-movement work for piano and orchestra originally performed by the JanĂˇcek Philharmonic for McEncroe's DARK CLOUDS IN LIFE. The music portrays the relationship between McEncroe and his daughter, Natalie. "Moving to the Light" is at once tumultuous and hopeful, a striking and beautiful representation of the complexities of the human experience. Performed by pianist Van-Anh Nguyen, REFLECTIONS AND RECOLLECTIONS VOL. 3 captures in high fidelity the stark power of McEncroe's compositions in their most naked, unadulterated forms.