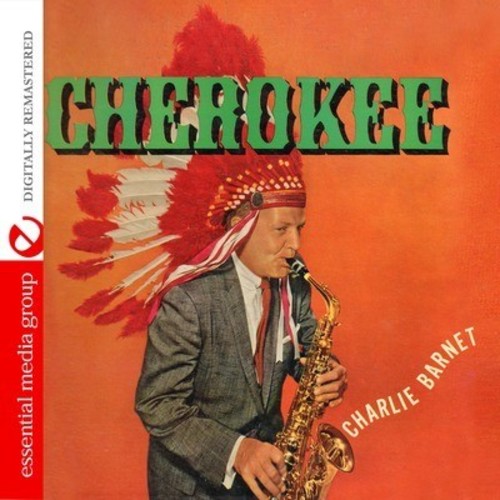 One of the most talked about figures in jazz in the late 1930s and early 1940s, Charlie Barnet was an uncompromising innovator who led "the blackest white band of them all." His was the only white band to break attendance records at Harlem's Apollo Theater, and was one of the first white big-band leaders to feature African American stars - Lena Horne, for one, got her first big break with Charlie's orchestra. In 1958 Charlie assembled a band of all stars to record his big hits in stereo. His big hit was the 1939 Cherokee for Bluebird, but he had several other major record successes, most of them recreated on this album. This band, collected for this recording, he termed after the final session to be the best he'd ever led. The basic personnel for the sessions (there were a few changes) consisted of: trumpets - Charlie Shavers, Irving Markowitz, Clark Terry, Al Stewart; trombones - Billy Byers, Frank Saracco, Bobby Byrnes, Erwin Price; reeds - Danny Bank, baritone; Dick Hafer, tenor; Kurt Bloom, tenor; Vinnie Dee, alto; Pete Mondello, alto, tenor, baritone; rhythm - Chubby Jackson, bass; Nat Pierce, piano; Terry Snyder, drums; Bunny Briggs, vocals. Newly remastered.