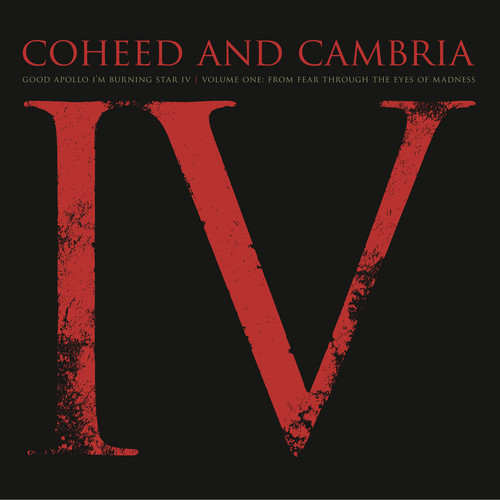 Good Apollo I'm Burning Star IV Volume One: From Fear Through The Eyes Of Madness [LP]
Artist: Coheed & Cambria
Format: Vinyl
New: Not on Hand, Let us get it for you
Wish

Double 150 gram vinyl LP pressing in gatefold jacket. Includes digital download. Good Apollo, I'm Burning Star IV, Volume One: From Fear Through the Eyes of Madness is the third studio album by Coheed and Cambria, originally released on September 20, 2005. It is the third installment of a projected tetralogy, as well as the final studio album to feature drummer Josh Eppard before his original departure. On their previous album, In Keeping Secrets of Silent Earth: 3, the phrase "My dearest Apollo, I'll be burning Star IV" is written after the lyrics for the song "The Light & the Glass".The album begins to resolve the issues of Claudio Kilgannon's quest to protect the Keywork, and sheds more light on the demise of Coheed and his wife Cambria. Also, it expands on the issues of the Monstar virus and Jesse's involvement in the saga. A graphic novel based upon the entire story of the album was released on the same day. This album, unlike the others, tells the story through the eyes of The Writer.