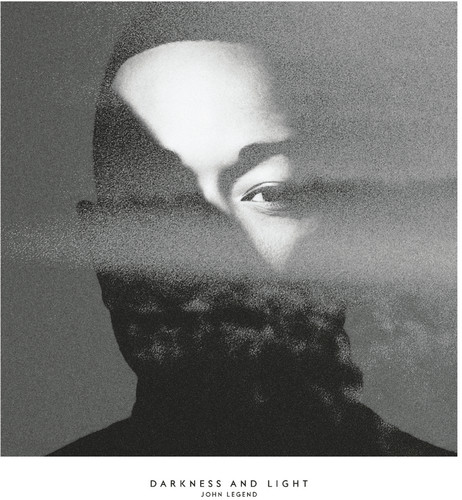 Darkness And Light
Artist: John Legend
Format: CD
New: Not on Hand, Let us see if we can get it for you!
Wish

DARKNESS AND LIGHT is the new album from acclaimed, multi-platinum selling, Oscar, Golden Globe and 10x Grammy Award winning singer/songwriter John Legend. This new 12 song collection is produced by Blake Mills (Alabama Shakes), and features multiple guest collaborations including Chance the Rapper, Alabama Shakes' Brittany Howard, and Miguel. The lead single and video from DARKNESS AND LIGHT, is the anthemic track, "Love Me Now," written and produced by John Legend with Blake Mills and John Ryan (One Direction).

John Legend's work to date has garnered him ten Grammy Awards, an Academy Award, a Golden Globe Award, the BET Award for Best New Artist and the special Starlight Award from the Songwriters Hall of Fame, among others. His debut album, Get Lifted, was released in December of 2004 through Columbia Records. The critically acclaimed album spawned the artist's first hit single, "Ordinary People," and scored Legend multiple Grammy Awards in 2006, including Best R&B Album, Best New Artist and Best Male R&B Vocal Performance. The follow up was 2006's platinum-selling Once Again, which brought Legend another Grammy, Best Male R&B Performance, for his single "Heaven," and included collaborations with Kanye West, will.i.am and Raphael Saadiq. Legend's next release was 2008's Evolver, led by the hit single "Green Light" featuring Andre 3000. His 2010 collaboration with the Roots, Wake Up, won the Grammy for Best R&B Album a year later. Legend s highly acclaimed fourth studio album Love In the Future arrived in 2013, and featured the worldwide hit "All of Me," his highest selling and charting song to date. Following the success of the platinum album Love In The Future, Legend won his first Academy Award, first Golden Globe Award, his 10th Grammy award, and a Critic's Choice Award for his song "Glory," that he wrote and performed with Common, for the film SELMA.

The next chapter of John Legend's continually building career is DARKNESS AND LIGHT. The music on this new album not only reflects Legend's continued evolution as an artist, but also his role as a husband and a new father. John married his longtime girlfriend, model Chrissy Teigen, in September of 2013. In 2016, the couple had a daughter named Luna.