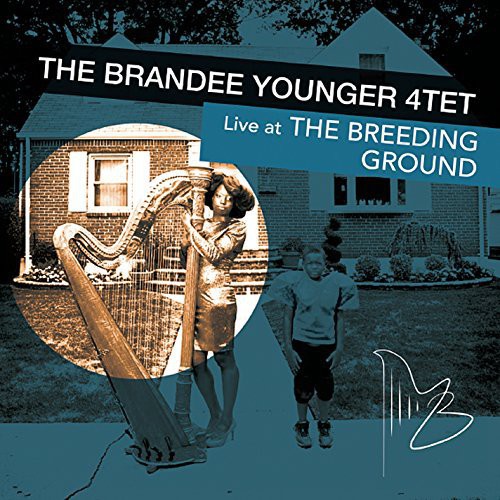 '...this tyro is simply a force of nature hitting it right into that soul/free jazz sweet spot.' - Midwest Record A versatile artist who has been proven to defy genres and labels, this young harpist has created a unique niche in both traditional and non-traditional harp arenas. In addition to expressively interpreting traditional harp repertoire, this young harpist plays in a style reminiscent of Dorothy Ashby and Alice Coltrane, yet has developed a beautiful and fresh sound all her own. Ms Younger is most recognized for working with Jazz royalty as well as Grammy winning Hip-Hop producers and artists. Her ability to feature the harp in genres of music where the instrument is often absent is a testament of her love for the instrument, and her cross-reaching ability as a musician. A New York native, Brandee Younger is classically trained, yet has made her mark as a groundbreaking artist having worked with jazz royalty Ravi Coltrane, Jack Dejohnette, Reggie Workman, Charlie Haden, Bill Lee and Butch Morris amongst others. In popular music, she has worked with Hip -Hop & R&B producers and artists such as Common, Ryan Leslie, John Legend, Drake and Ski Beatz. Most recently, she was featured on the Grammy Award nominated album "New York: A Love Story" by R&B newcomer, Mack Wilds.
back to top