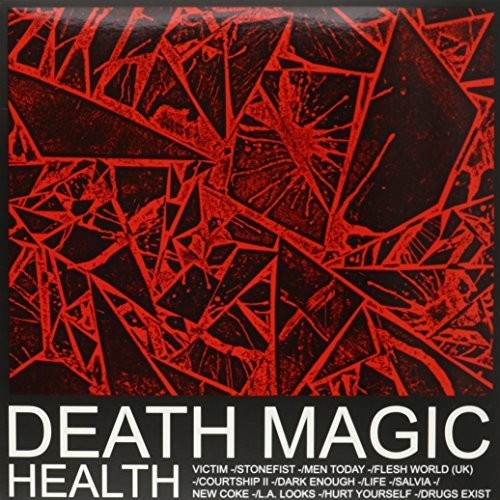 Death Magic [Indie Early Release Vinyl]
Artist: Health
Format: Vinyl
New: Not on Hand, Let us get it for you
Wish

HEALTH formed in Los Angeles in 2006, playing their first shows at now-legendary DIY club The Smell. They have gone on to release 4 critically acclaimed albums, including two remix projects that featured diverse artists from Crystal Castles to Pictureplane, Tobacco to Nosaj Thing, reflecting the band's wide taste and reach between the rock, electronic and experimental music worlds.

In the six years since their last album, they have continued to work on various projects, including revolutionizing how video games are scored with their award-winning work on Rockstar Game's Max Payne 3, and touring with Trent Reznor and Interpol.   Their new album DEATH MAGIC is by far the most ambitious project they've ever created, recording 12 songs that epitomize their idiosyncratic blend of electronic, rock and pop styles.  Having worked with outside producers and engineers for the first time, the final result is somehow bombastic yet accessible, heartbreaking and head-banging, all steeped in classic album sensibilities of song writing and production.