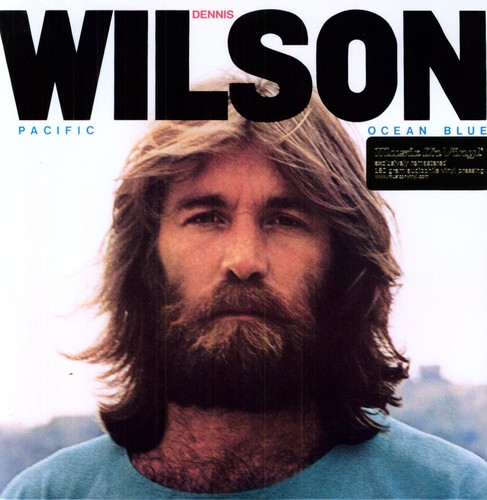 EU 180 gm audiophile vinyl LP pressing in gatefold sleeve. Reissue of this 1977 solo album from the Beach Boys drummer and late-blooming songwriter/solo performer. Throughout the early '70s, Beach Boys fans counted on at least two Dennis songs on each LP, often tender ballads. He made his first attempt at a solo album as early as 1970, but quietly released only one single. He started work again in 1975, recording with friend and producer Gregg Jakobsen during 1976 to complete Pacific Ocean Blue.