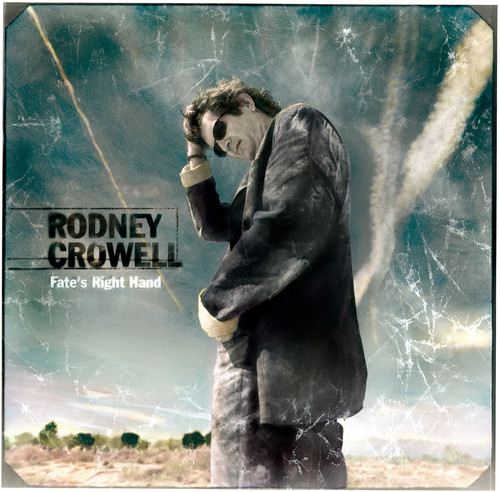 Two years ago Rodney Crowell made a tremendously personal statement with THE HOUSTON KID that chronicled growing up in a dysfunctional family. Now, FATE'S RIGHT HAND finds him settled in middle age, and it's a time for self-examination and looking to the future. "Still Learning How to Fly" really means still learning how to live as he admits that he's "looking for something to lift me higher." The title song is his answer to "We Didn't Start the Fire" as he rails against modern life and admits his lack of understanding of it all. With "The Man in Me" Crowell tries to reconcile his insecurities and his bravado while the jaunty "Preachin' To The Choir" is full of humorous self-deprecation. He practically begs himself to learn to enjoy life for what it is in "Come On Funny Feeling" that's propelled by and engaging acoustic guitar riff. He manages to get outside himself as he ends "This Too Will Pass," recorded one the day of George Harrison's death with a poignant, whispered, "goodnight, George." So it does appear that Crowell's become some middle aged navel -gazer but that would be unfair and overly simplistic. What he's actually done is composed and performed the most meaningful, thoughtful yet engaging album of his career. His introspection is soaked with melody and humor. You can call him a country artist, an Americana artist or whatever you want. But song for song, FATE'S RIGHT HAND is the best album the man has ever released. Let's hope that he gets the recognition he deserves.