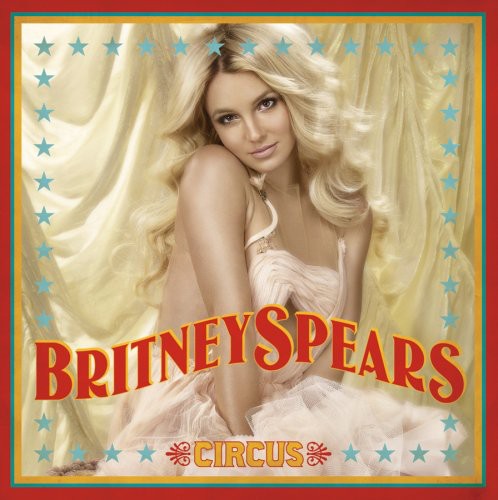 Circus
Artist: Britney Spears
Format: CD
New: Not on Hand, Let us get it for you
Wish

On the heels of an MTV VMA awards sweep, where Britney walked away with three Moonmen awards for Video of the Year, Best Female and Best Pop Video for"Piece of Me,"comes her latest album, Circus. She enlisted a stellar group of established producers/writers that include Dr. Luke, Danja, Max Martin and Guy Sigsworth.

''Circus'' is the sixth studio album by American pop singer Britney Spears. It was released on November 28, 2008 by Jive Records. Spears started working on the album earlier that year with a range of new producers, as well as with Bloodshy & Avant and Danja, combining the electropop and urban sounds from her previous album ''Blackout'' with producers of her first early pop hits such as Max Martin. The album was released on Spears' birthday. The album received mostly positive reviews from music critics. After its release, the album debuted at number one on the ''Billboard'' 200, making Spears the youngest female artist in history to have five albums debut at number one, thus earning a place in the ''Guinness Book of World Records''.

The album's first single, "Womanizer", was an international hit, reaching the top of the charts in over ten countries worldwide, including the ''Billboard'' Hot 100 in the United States. The second single, "Circus", debuted at number three in the USA and reached top ten positions in seven countries worldwide. The single "If U Seek Amy" managed to reach top 20 on the ''Billboard'' Hot 100. Spears promoted the album with a series of live performances, including her first world tour in five years, ''The Circus Starring Britney Spears''. The first single, "Womanizer", also received a Grammy nomination for Best Dance Recording. The album had sold over 5 million copies worldwide as of July 2010. The digital tracks from the album in the U.S. have sold a combined total of 7,721,000 units as of July, 2010. - Wikipedia

The bitch is back. And we don’t mean that in a derogatory way. Surely you remember the infamous intro to "Gimme More": "It’s Britney, bitch." That served as both introduction and epitaph to the Blackout era, in which our heroine nearly succumbed to a media avalanche that culminated with an "erratic" performance at the VMAs and a South Park episode where she walked around with half of her head blown off. Since that nadir, however, Britney grew her hair back (sorta) and reappeared on the VMAs to humbly accept three awards. And lo and behold, the vid for infectious first single "Womanizer" doesn’t boast just superstar production value; it features her in the buff looking possibly better than ever. It’s hard to truly imagine a happy ending for this story, but Spears isn’t even close to 30 yet and still finding collaborators that keep her a club priority. Touring on Circus is the next big step. Hope she’s ready.