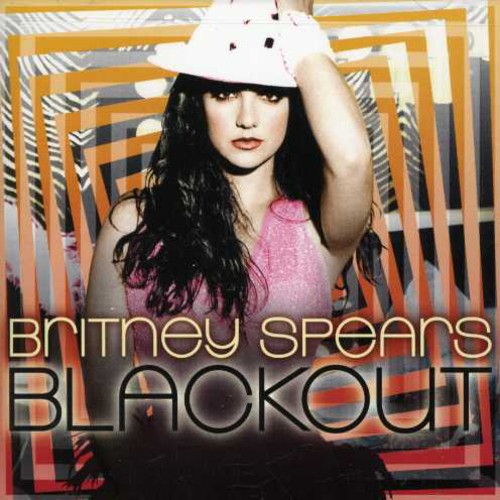 Blackout [Import]
Artist: Britney Spears
Format: CD
New: Not on Hand, Let us get it for you
Wish

Due to internet leaks, the release date for Britney Spears'fifth album and the follow-up to 2003's In the Zone, Blackout, was pushed forward to October 30th. Songs like"Piece of Me,"in which she sings about her paparazzi experiences, and her comeback single"Gimme More"are among the offerings.

''Blackout'' is the fifth studio album by American pop singer Britney Spears, released by Jive Records on October 27, 2007. Spears began working on this album as early as February 2006, exploring into electropop, synthpop and techno. The album has also a more R&B/urban sound and recording with new producers such as Danja. ''Blackout'' was her first studio album in four years since 2003's ''In the Zone'' and is the first time Spears is the executive producer of one of her albums. The album's title refers to "blacking out negativity and embracing life fully". The songs on the album are thematically focused on sex, love and Spears' relationship–struggle with the media.

''Blackout'' debuted at number two on the ''Billboard 200'', becoming her first and so far only studio album not to debut at number one due to a last-minute rules change by the Billboard music association. According to the IFPI, the album was 32nd in terms of units shipped by the end of 2007.

The album's first single, "Gimme More", peaked at number one in the Canadian Hot 100 and became a top five hit in twelve countries. The second single, "Piece of Me", reached number one in Ireland. The final single, "Break the Ice", reached number one in the ''Billboard'' Hot Dance Club Play, making all the singles of the album go to the top position of at least a chart. All three songs frequently appeared on the lists that included the best records of the year. Even though initial critical response was mixed to positive, the album later won high critical acclaim and appeared on many lists that included the decade's best albums. The album was named the 5th "Best Pop Album of the Decade" by ''The Times'', the 7th-best album of the decade on the ''Rolling Stone''s "The Decade-End Readers’ Poll", and the 3rd Best Album of the decade on the'' Billboard'' "Readers Poll", and won "Album of the Year" at the MTV Europe Music Awards 2008. To date, the album has sold over 3.1 million copies worldwide. - Wikipedia

You've got to be a little crazy to make good art. The problem is, what Britney Spears does isn't exactly art. It's merely pop music'"disposable and fun and, ideally, danceable. Now, one could almost construe the act of a record company guiding a deeply troubled individual through countless self-created landmines all the way back to chart-topping superstardom as sort of an art. Or, you could look at it a little more cynically; every angle has been beaten to death. We're here to say that Blackout, motivations and machinations notwithstanding, is disposable, fun and danceable. That means good. "Gimme More" took its time climbing the charts, but it really does belong up there, in all of its contorted, post-Timbaland synthetic glory. "Radar" is also exceptional, the sort of Gwen Stefani-flavored lark that Brit would be wise to try to replicate, if Fergie doesn't beat her to it. And whether you call "Piece of Me" introspective and poignant or whiny and pathetic, it bumps. For a few golden moments, Blackout brings Britney from the wrong part of the clubs to the right part, the dancefloor. It's where she belongs. Kylie Minogue sat out pretty much the entire last two years recuperating from breast cancer, but Brit-Brit was still listening' or at least, her producers were. Just before her devastatingly panned VMA performance, blogs began to leak first single "Gimme More" and no less than six other tunes allegedly set to appear on her fifth full-length. Let's just say that we can't get them out of our head, boy, those songs they're all we think about. The glittery disco approach is a great change of pace for Britney; while fans point to the sugar overload of "Toxic" as a high point in her career, we prefer the more adult (well, adult-ish) seduction prevalent in these tunes. Ne-Yo and T-Pain were among the many called in to supplement the tunes, which we only hope our girl is cool with. The last thing anybody wants'"and yes, despite everything, the American public is still cheering for Britney's comeback'"is an Axl Rose-style descent into overanalysis and reclusion. The first thing we want is a song dissing Justin's sexy back!