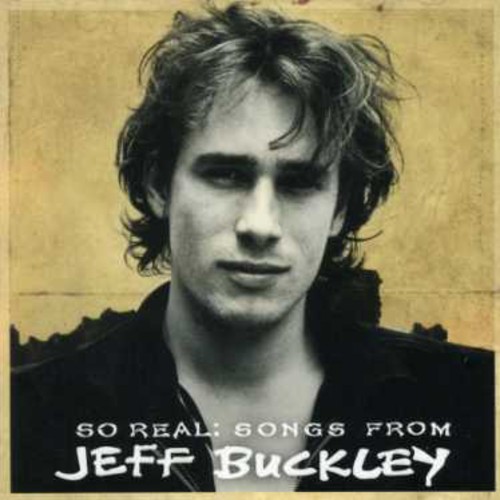 Jeff Buckley tragically drowned in the Mississippi River ten years ago with only one full album, Grace, and the Live at Sin-e EP to his credit. But So Real: Songs From Jeff Buckley adds just enough rare material to the best tracks from his two official releases to make this the essential road map to the dreams so real of one of the most compelling artists of his generation.

''So Real: Songs from Jeff Buckley'' is a 'best of' compilation album of Jeff Buckley material, released on May 22, 2007.

It reached #1 in the Irish Albums Chart and has also reached #26 in Australia. The album peaked at #16 in the UK, becoming Buckley's 3rd consecutive top 20 album and since the success of the top 3 single "Hallelujah" has seen sales increase dramatically in the early part of 2009. - Wikipedia

Jeff Buckley's untimely death left the world with very little studio material (one studio album, a posthumous EP and some unreleased tracks) and a whole lot of posthumous live recordings. So Real compiles tracks from Grace, Sketches for My Sweetheart the Drunk, and the early EP Live at Sin-Ă into a single-disc best-of, with a previously unreleased cover of the Smiths' "I Know It's Over" as bait for Buckley completists.