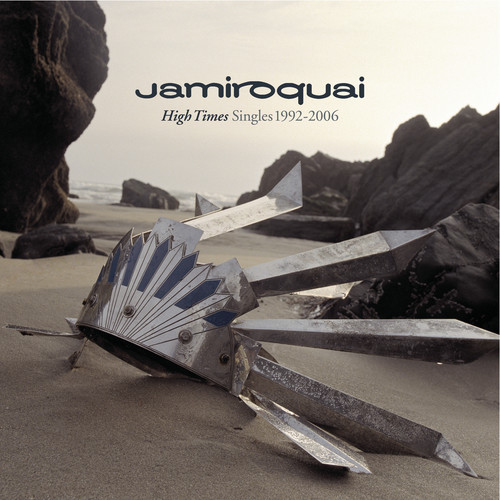 ''High Times: Singles 1992–2006'' is a collection of Jamiroquai's past hits, and includes two new songs: "Runaway," and "Radio." Most of the band's best known songs are included, with two notable exceptions: "King for a Day" and "You Give Me Something", although a remix of the latter appears on CD 2 of the Special Edition release. Several other singles were also left out: "Stillness in Time", "Half the Man", "Light Years", "Kids", "Black Capricorn Day", and "Supersonic", although some of these were featured on international editions.

The Cover Art of the album, showed a Silver Crown, in a Sci-Fi-Like Beach.

There are multiple versions of the release, including but not limited to a "regular" edition; a "Deluxe" edition, which includes a disc of remixes; a Japan-only CD/DVD release; and a UK DVD of music videos. - Wikipedia