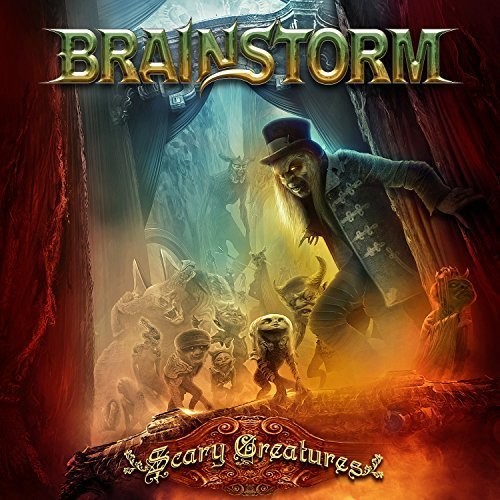 German power metallers Brainstorm recently entered the studio and record a brand new masterpiece which is titled "Scary Creatures" and it hit the stores on January 15th 2016. The band continues where they left off one and a half years ago with the previous release and also mix and mastering was once again handled by Achim Koehler. But right away you feel that "Scary Creatures" is just that notch better than "Firesoul", more anthemic, heavy and all musicians plus vocalist Andy B. Franck delivering to the max. Starting with the infectious opening track "The World To See" (which will also be the album's first single and video clip), Brainstorm once again prove why they are one of the most popular and respected metal acts in the European scene. The band will embark on European tour in February 2016, followed by many festivals around the world in the Summer. LIMITED Edition Digipak comes with Bonus Live DVD - (incl. "The World To See" video clip & Live concert Essen 2014 (performing the entire 'Firesoul' album plus many more songs)