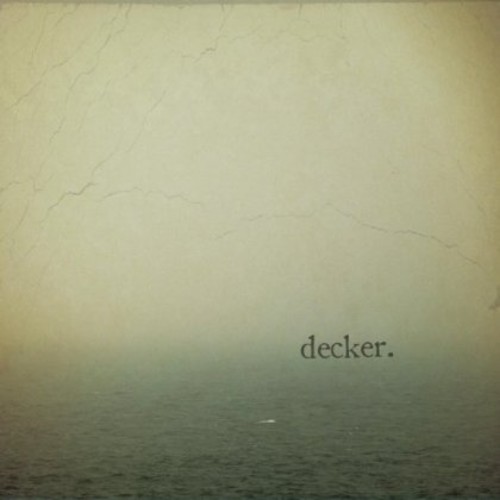 Rising from the dust of a near-fatal rollover accident while on tour in California last summer, Decker has completed their fourth record in as many years and has holed up in their red rock home of Sedona, AZ to prepare for a February 2013 nationwide launch for the new album, Slider. Since the 2009 release of the band's debut album Long Days, the band has scrapped and grown, played hundreds of dates across the US and released two more albums (2010's Long as the Night and 2011's Broken Belts, Broken Bones) all the while refining their psychedelic desert folk sound. Soldiering through the near-calamity, the band is a now tight unit of melody, atmosphere and space; not merely the brainchild of songwriter Brandon Decker. Slider's release marks a newer, more complex sound for the band - think Beck's 'Sea Change' meets The White Stripes meets The Arcade Fire. Decker crafts songs which find profundity in their naked sincerity. Not quite rock, not quite folk, the acoustic-based psychedelic Americana balladry draws upon a variety of influences; from Leonard Cohen to Tom Waits, from Cat Power to PJ Harvey. Yet in the end, his music is unique and uniquely him, and that is the offering.