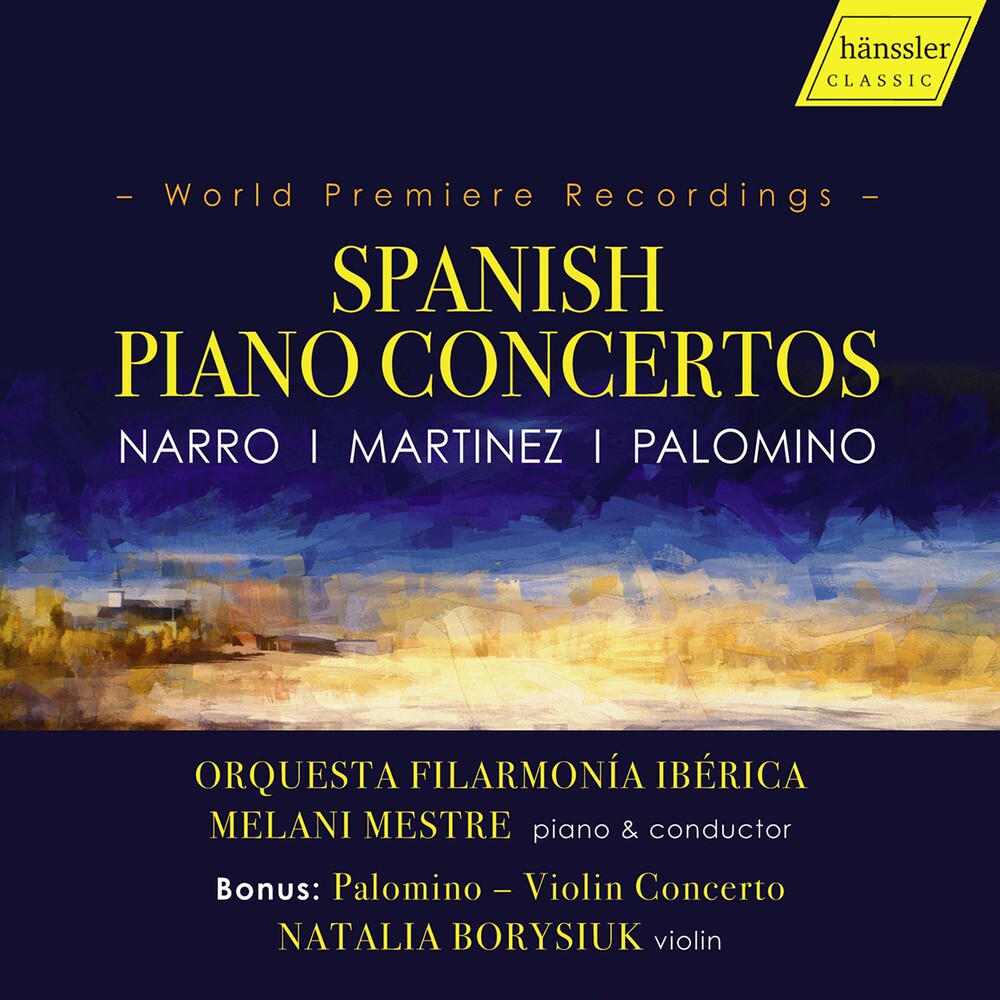 Commanding a vast repertoire of more than 100 concertos for piano and orchestra by Spanish composers (Granados, Malats, Albeniz, Blancafort, Falla, Cassado, J. Gomez, E. Serrano, Molleda, etc), and others (including Astor Piazzolla, Xaver Scharwenka, Nikolai Medtner and Ignaz Paderewsky), Melani tenaciously champions the little known and often neglected hidden treasures of Spanish and International Classical Music repertoire, showcasing them in his performances as a solo pianist, in Chamber Music, and as an orchestral conductor. Now he releases unknown Spanish Piano Concertos. Recognized as "one of the world's elite virtuous musicians" by international critics ("The Daily Telegraph" - 1997, London), Melani Mestre studied music at the Superior Municipal Conservatory of Music of Barcelona, They give London the renowned Russian pedagogue Sulamita Aronovsky (piano) and Sir Colin Davis (orchestra conductor). Since his debut with the Dortmund Festival Orchestra in 1998, many have collaborated with some of the best orchestras in the world, both in his role as solo pianist and conductor director.