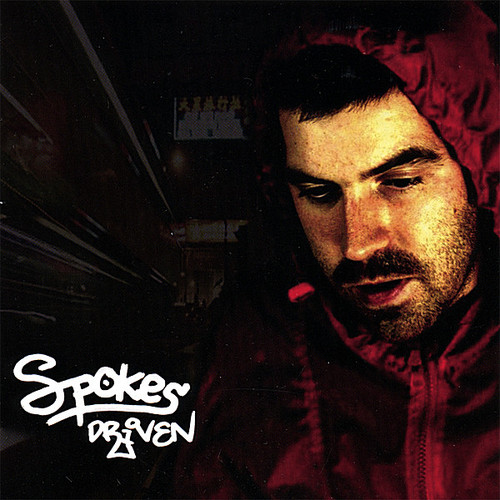 Driven
Artist: Spokes
Format: CD
New: Not on Hand, Let us get it for you
Wish

The past decade has been marked with much growth and constant change in the world of hip hop. The recent commercial success of some of underground hip hops most dedicated and talented artists is driving a movement that is opening many peoples eyes to the genres infinite potential. To one Vancouver, BC born MC it almost seems as an alignment of the stars is fast approaching. For Spokes the past decade has been a time to hone his skills lyrically, musically, and professionally. In 1999 a group of four emcees, Spokes, Dlux, Illucid and JT 420, came together to form Reverse Priorities. Under the direction of prodigy producer JT (Jahranimo, Lil Precious, Zukie Joseph), Reverse has steadily built their name in the Vancouver hip hop scene with the release of two full length albums, All This World in 2001 and their self titled LP in 2003. This gave Spokes the opportunity to share the stage with some of Canada's hottest hip hop artists including Josh Martinez, Classified, Emotions, DL Incognito, Sweatshop Union, and Kyprios. In 2005, Spokes track Freedom was featured on the Yellow Light District Mixtape produced by Slow DJs, and hosted by Charlie Tuna (Jurassic 5), and Opio (Hieroglyphics). In the lab ever since, he is currently putting the finishing touches on 2 long awaited projects and preparing to deliver what many have been craving. His debut solo CD Driven is a hip hop journey through the mind of a modern poet. A tribute to strength, independence, and humanitys neverending quest, Driven' is a major benchmark in the career of a true artist. With production by JT 420, Baldy Loc, Zach W. of Killing Time/DDR, and many more, and mixed by Danny Elmes (Sweatshop Union, Kyprios) Driven will keep you guessing with each new track.