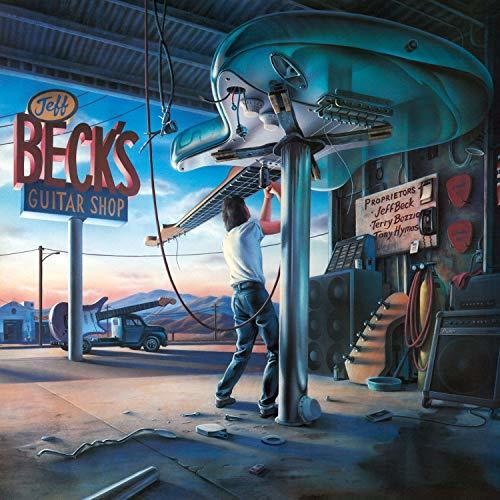 Limited 180gm audiophile vinyl LP pressing. Beck's Guitar Shop is the fifth studio album by one of the most influential lead guitarists in rock, Jeff Beck. Together with keyboard player Tony Hymas and drummer Terry Bozzio he recorded this album. They won the award for Best Rock Instrumental Performance at the 1990 Grammys for this release. The instrumental fusion tunes are diverse and on no other album Jeff tried out mixing so much musical styles. His excellent guitar play and the memorable melodies marks this release as one of his finest albums. 'Behind the Veil' is a subtle song, leaning on a reggae groove and Beck's lower register statements. The more sensitive tune 'Where Were You' makes Beck almost sing the melody on his guitar. The album is wonderfully produced and a strong addition to his impressive catalog.