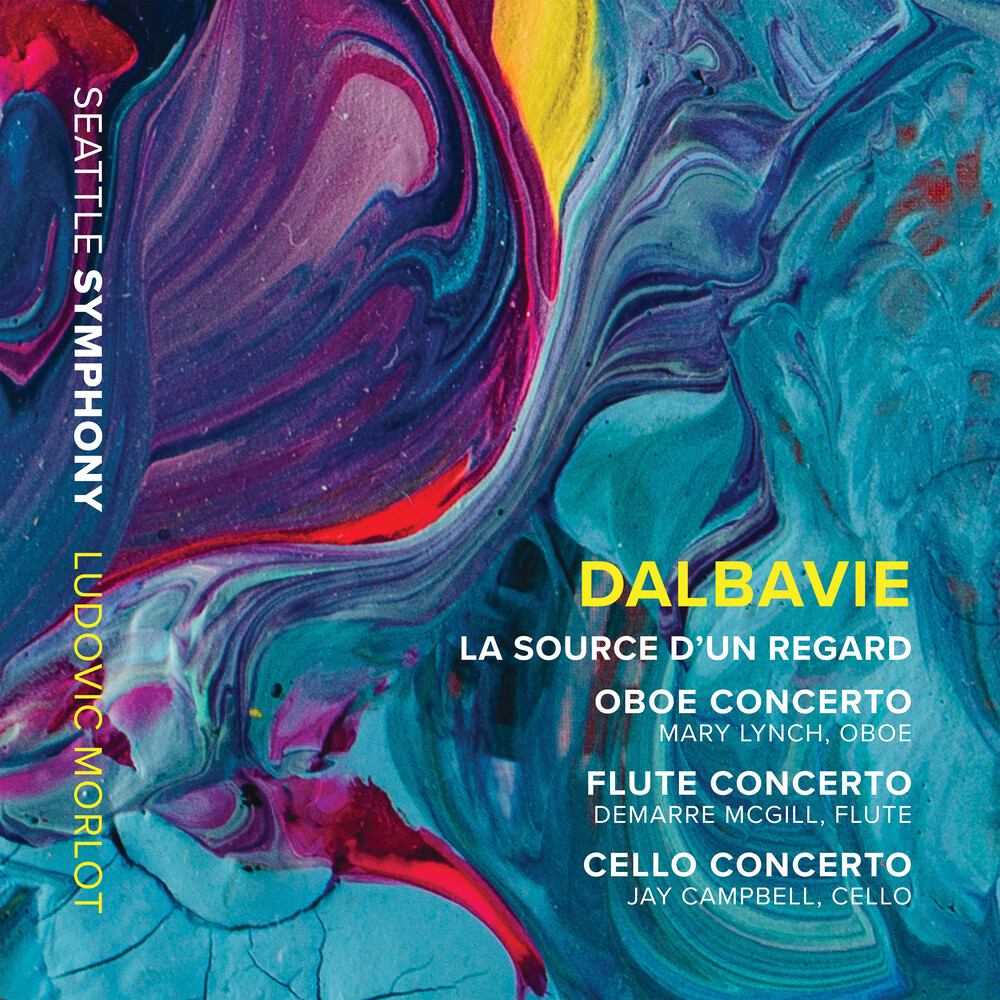 Following acclaimed recordings of French revolutionaries Berlioz, Boulez, Dutilleux and Messiaen, Ludovic Morlot and the Seattle Symphony return with a release of works by contemporary French composer Marc-Andre Dalbavie. This album features Dalbavie's La source d'un regard alongside his concertos for oboe, flute and cello. Morlot has championed the music of his countrymen throughout his career - and this album defines his legacy as a foremost interpreter of contemporary French repertoire. The Seattle Symphony is one of America's leading symphony orchestras and is internationally acclaimed for it's innovative programming and extensive recording history. Under the leadership of Music Director Ludovic Morlot since September 2011, the Symphony is heard from September through July by more than 500,000 people through live performances and radio broadcasts. The ensemble has a deep commitment to new music, commissioning many works by living composers each season.