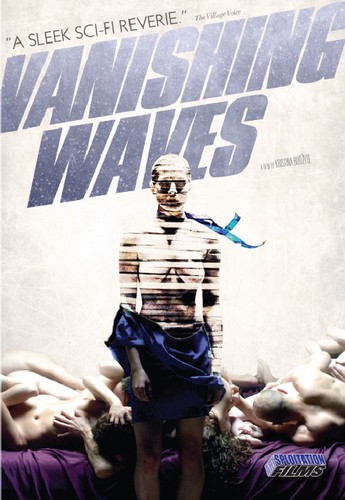 Lukas (Marius Jampolskis) is assisting a scientific research team by functioning as a patient in a series of heavily monitored (and medicated) sensory deprivation experiments wherein he is attempting to make some form of contact with the subject, Aurora (Jurga Jutaite), a young woman who has been locked in a comatose state for some time. Doctors initially hope for just a vague reaffirmation of consciousness, but the experiment takes an unexpected twist when Lukas and Aurora actually develop a strong psychic link in their mutually altered forms of consciousness... and their link quickly evolves into a romantic, sexually charged relationship. As Lukas hides this data from his researchers, he and Aurora meet secretly and passionately in a series of surreal dreamscapes created by their collective minds, but their union is tragically doomed to collapse around them. Exploring the tantalizing possibilities of forming a true, all encompassing bond with one's lover, Vanishing Waves is hypnotic, erotic, wholly engrossing, and wildly thought provoking cinema that transcends any perceived limitations of the science fiction genre, becoming one of the year's most provocative films in the process.