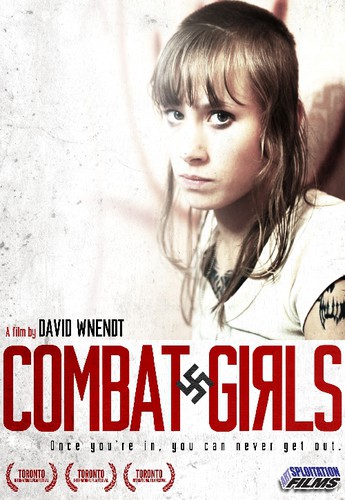 This gritty, violent teen coming-of-age drama centers on two girls who become fascinated with the neo-Nazi youth movement. A commercial hit in Germany, the story follows two young women from the German suburbs: 20-year-old Marisa is a hardcore Neo-Nazi believer, a semi-skinhead who's been in the movement for years and whose body is adorned with Nazi tattoos; and 14-year-old Svenja, a sheltered, spoiled, straight-A student who only becomes fascinated with the group because of her neo-Nazi boyfriend. They begin as attention-seeking adversaries but become best friends, though their loyalty is shaken when Marisa decides she wants to leave the movement behind, a decision helped by her unlikely friendship with a scared young Afghan boy whose brother she injured in a hate crime. Like American History X and Romper Stomper, Combat Girls is extremely dynamic, powerful filmmaking. BONUS FEATURES: 12-page collector's booklet, Reversible cover, Interview with actress Alina Levshin, Trailers.