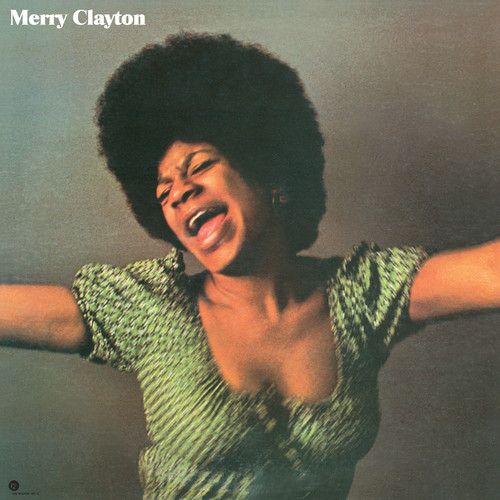 Merry Clayton [Colored Vinyl] [Limited Edition]
Artist: Merry Clayton
Format: Vinyl
New: Not on Hand, Let us get it for you
Wish

Limited maroon colored vinyl LP pressing housed in a gatefold sleeve. Until the film 20 Feet from Stardom rolled around, Merry Clayton was most famous as Mick Jagger's vocal foil on "Gimme Shelter," but on her own she recorded a series of tough, soulful albums for the Ode label during the early '70s. We already reissued the first one, Gimme Shelter, on vinyl; now we're coming back with her 1971 self-titled second album, which, like the frst, has never seen a vinyl reissue prior to our release. And it's something of a lost soul classic, featuring Merry's passionate takes on songs by Neil Young ("Southern Man"), Leon Russell ("A Song for You"), Bill Withers ("Grandma's Hands"), and James Taylor ("Steamroller"), with production by Ode's own Lou Adler and arrangements by Carole King and Billy Preston.
back to top