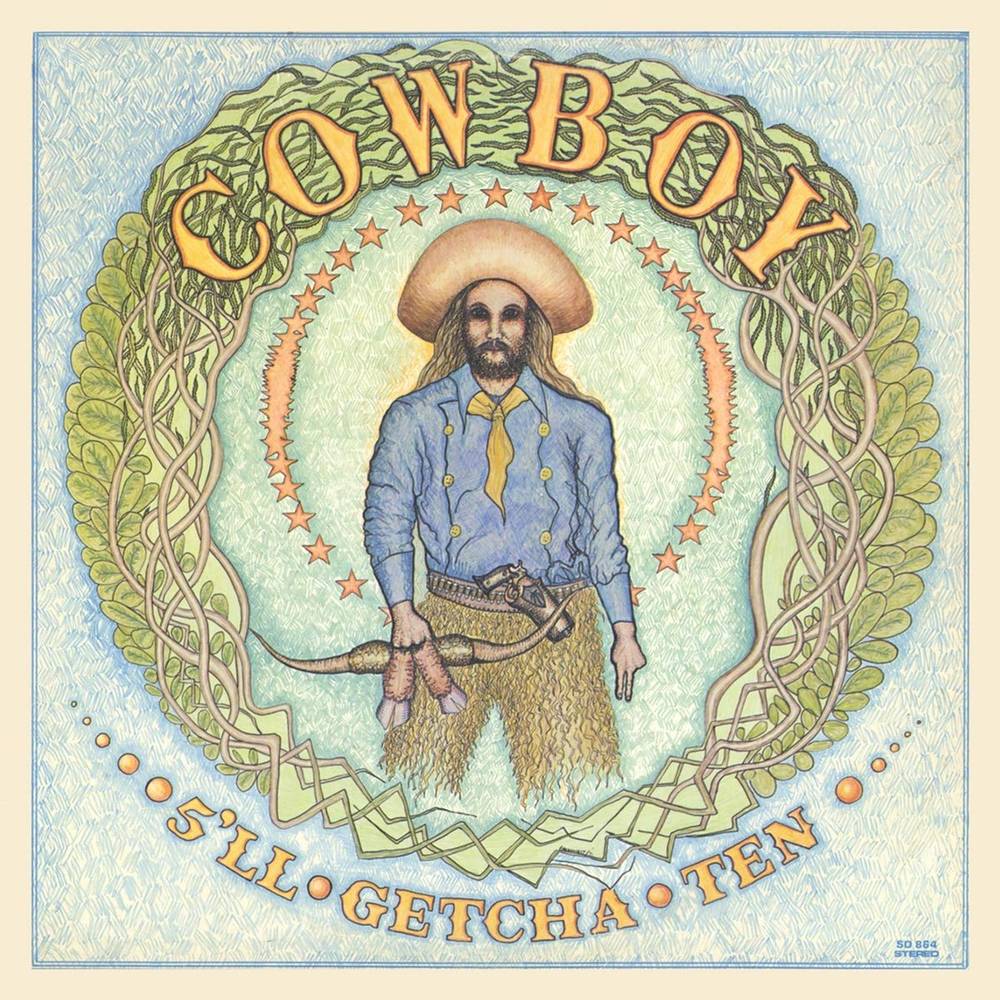 5'll Getcha Ten
Artist: Cowboy
Format: CD
New: Not on Hand, Let us get it for you
Wish

Led by Scott Boyer and Tommy Talton, the Jacksonville band Cowboy was discovered by none other than Duane Allman, who, as legend has it, banged on their door at 7 am one day and asked to hear some songs. He then recommended them to Capricorn label owner Phil Walden, who sent Allman Brothers producer Johnny Sandlin to check them out; Sandlin ended up producing several Cowboy albums for Capricorn, of which this 1971 release was the second. The Allman Brothers connection on this album is even more explicit than it was on their debut album (Reach for the Sky, also reissued by Real Gone Music); Allman plays guitar on Lookin for You and dobro on Please Be with Me, while ABB keyboardist Chuck Leavell appears on half of the album tracks. But what makes 5 ll Getcha Ten special and indeed what makes it many Cowboy fans favorite record is the songwriting. Please Be with Me was covered by Eric Clapton on his classic 461 Ocean Boulevard release, and throughout the album a gentle undercurrent of spirituality courses through these beautifully played and sung songs, particularly on What I Want Is You, Innocence Song and the title tune. Scott Schinder s notes contain revealing quotes from Tommy Talton; we ve also added some great period photos and provided a pristine remastering job by Maria Triana at Battery Studios in New York. Worldwide CD debut!