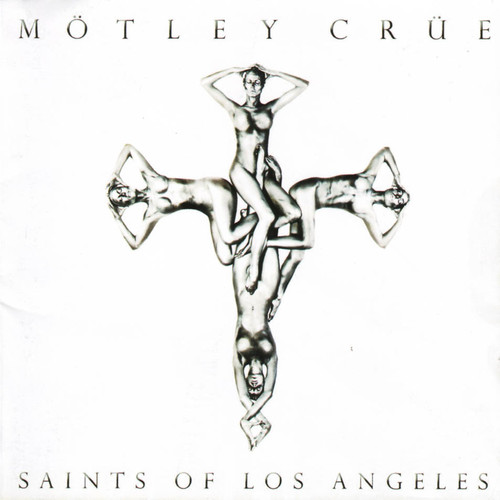 Saints of Los Angeles is the first to feature the original Crue lineup since 1997's Generation Swine. Bassist Nikki Sixx says,"I think it's one of the best Motley Crue albums that we've made."

''Saints of Los Angeles'' is the ninth studio album by the American hard rock band Mötley Crüe, released on June 24, 2008. It is the band's first studio album in eight years, and the first to feature the band's classic line-up since ''Generation Swine''. Bassist Nikki Sixx stated in his blog that he believes the band are "on to some of the better songs [they've] had in years".

A tentative title for the album was ''The Dirt'', however this was eventually scrapped. Nikki Sixx notes that: "the album is loosely based on ''The Dirt''. Each song is like a mini-story, and you can plug it into the book. Some of it's funny, some of it's serious and in-your-face. It's like a typical, successful Mötley Crüe record."

While we wait (and wait) for the film version of The Dirt, the classic lineup reunites with their first album of new material in forever. Even though their upcoming summer Crue Fest probably won't yield another book's worth of unbelievable anecdotes, at least Saints of Los Angeles should produce some adequate retro glam, especially if the strutting title track is any indication. Why not shout at the devil one last time?
This website uses cookies to personalize content and analyse traffic in order to offer you a better experience.
I accept Learn More
back to top