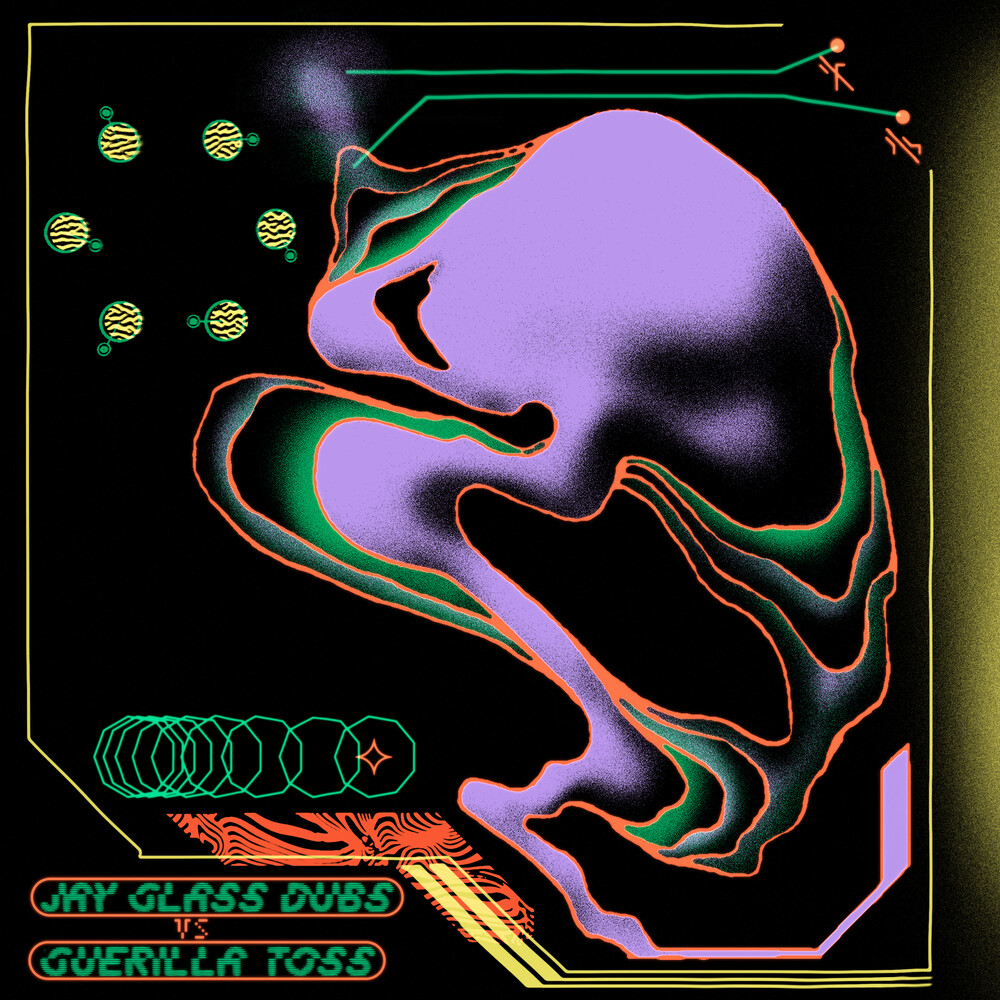 Now on vinyl for the first time. From the original 2017 press release: DFA Records and Bokeh Versions have teamed up for a joint release - a reworking of the freaky post-punk stylings of Guerilla Toss by Athens, Greece-based musician and producer Dimitris Papadatos, a.k.a. Jay Glass Dubs. The EP comes on the heels of the former's latest record, GT Ultra, which was released in June 2017. Jay Glass Dubs vs Guerilla Toss turns the hyper-bouncy pop and deeper, darker tracks of GT Ultra into four, stripped-down dub ruminations, each one spacier and weirder than the last. The frenetic, zany tempos of songs like "Skull Pop" and "Can I Get The Real Stuff?" are transformed into slow, viscous existential crises that focus in on Kassie Carlson's echoing vocals. Jay Glass Dubs works headphone magic with reverberating percussion and slinky basslines, as always keeping one foot in dub's past but both eyes on it's horizon. Artist in demand and Bokeh-affiliate Patrick Savile's artwork eloquently articulates the ethos of the EP - speedy, psychedelic textures are blurred and made malleable, gracefully reflecting the sounds of original album through a hazy prism. If you know Bokeh, you know Jay Glass Dubs. This Guerilla Toss soundclash hints at new sonic territory that he's been quietly exploring in email threads with Bokeh Edwards. The trip-hop stylings and mechanical dub futurism foreshadow his debut 12" which will be out at the tail end of 2017.