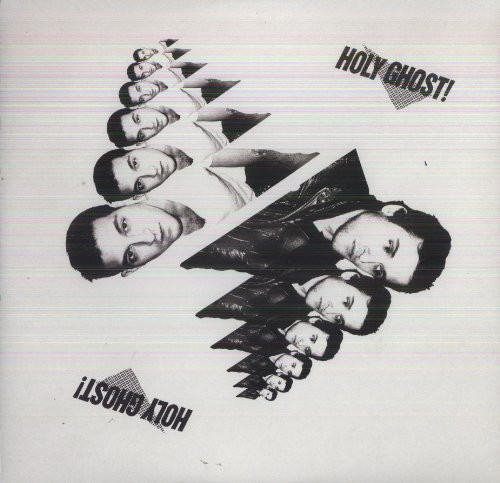 Holy Ghost! [LP]
Artist: Holy Ghost!
Format: Vinyl
New: Not on Hand, Let us get it for you
Wish

Over the last few years Holy Ghost! Has grown from a promising duo with merely a single, nearly perfect song to their name ("Hold On"), into esteemed producers, internationally recognized DJs and sought-after remix artists-and, with the expansion of the band into a live touring act (including keyboardist Eric Tonnensen and guitarist Chris Maher), widely respected musicians. Their rapid ascension has been achieved without releasing a full-length record. The long wait is over: Holy Ghost!'s ten-track eponymous debut album brims with pop melodies, striking rhythms, vintage analogs and altogether timeless music. Opener "Do It Again" feels simultaneously familiar and unheard, laying down robotic funk with a nod to "The Safety Dance." Standout "Wait and See," a breezy electronic pop song packed with musical and vocal hooks, is as thoroughly catchy as they come. "It's Not Over" has thunderous drum fills, hints of New Order and backing vocals by Luke Jenner of the Rapture; "Some Children" opens with the angelic voices of the Brooklyn Youth Choir, then doubles back with rubbery, deeply funky bass, spacey keys and the always fluid vocals of Michael McDonald (of the Doobie Brothers and Steely Dan!). The album is rounded out by vocal and guitar contributions from both Chris Glover of Penguin and Juan Maclean. Holy Ghost! Is Alex Frankel and Nick Millhiser, who've been friends since second grade and have been making music together in various incarnations for almost as long. In addition to their widely praised 2007 debut single, 2009's "I Will Come Back," and their critically lauded 2010 EP Static on the Wire, they have crafted remixes for artists including MGMT, Cut Copy, Moby, Phoenix and LCD Soundsystem. Received a 7.1 rating from Pitchfork.