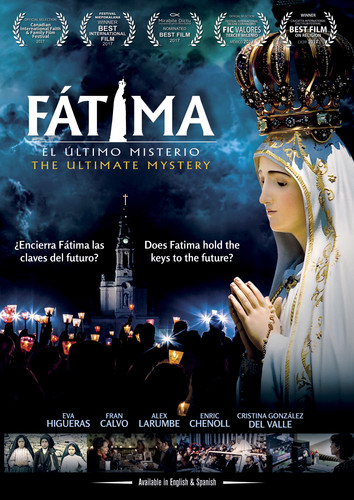 Fatima: The Ultimate Mystery - DVD - Has Fatima marked the history of the world? Strange coincidences seem to indicate that the mysterious appearances of Fatima have influenced the course of the history of these last 100 years... What did Fatima have to do with the communist revolution and the two world wars? Why did not John Paul II die? Why did not there be a new nuclear war? Does Fatima have any connection with the fall of communism and the Berlin Wall? And with Islam? - This documentary film has been made on the occasion of the centenary of the Fatima apparitions, and intertwines in a novel way a fiction story, with recreations of the appearances and a documentary part, combining historical archive images with interventions of international experts. - Could the message of Fatima give us clues about our future? This is one of the big questions that tries to unveil this film by Goya Productions, revealing ignored events and offering an exciting global vision. - In the fiction part of the film, we are presented with the story of MĂłnica, a film editor in search of work. MĂłnica receives through a friend the contact of VĂ­ctor, a producer who wants to publish a documentary about the apparitions of Fatima. Although reluctant by it's agnosticism, accepts by economic necessity. While riding the images, extraordinary events that disturb her will parade before her eyes. In the end, suddenly, your life will be marked forever. Run Time: 80 minutes