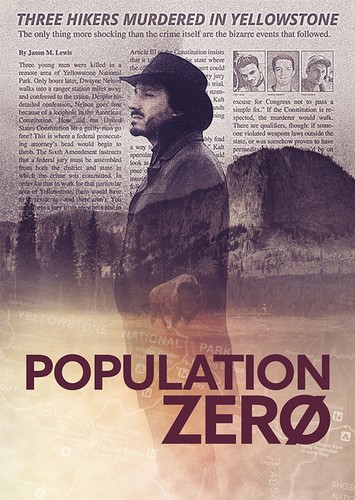 Population Zero
Format: DVD
New: Not on Hand, Let us get it for you
Wish

In 2009 three young men were killed in a remote In a remote area of Yellowstone National Park. Only Only hours later, Dwayne Nelson walks into a ranger station miles away and confessed to the crime. Despite his detailed confession, Nelson Nelson goes free because of a loophole in the American Constitution. Documentarian Julian T. Pinder travels to Yellowstone in a chase for truth behind a crime that should have rocked the nation. How did the United States Constitution let a guilty man go free? In POPULATION ZERO we find the only thing more shocking than this senseless act of violence may be the bizarre events that followed.