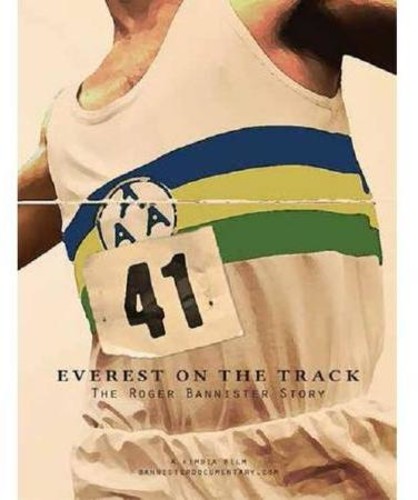 Bannister: Everest of the Track
Format: DVD
New: Not on Hand, Let us get it for you
Wish

Bannister: Everest On The Track. The Roger Bannister story. Sixty years have passed since "The Greatest Sporting Achievement of the 20th Century" as named by Sports Illustrated and Forbes - Sir Roger Bannister running the first Mile under 4 minutes. To celebrate and commemorate that anniversary, KIMbia Athletics is producing a new feature-length documentary that explores how remarkable Bannister's achievement truly was - and the untold story of how it almost didn't happen. History wonks and running buffs will vie for who loves this movie the most. "Bannister: Everest on the Track" is as much a historical study of Britain's psychological, if not almost physical, need for something - anything - to erase the woes of World War II as it is a fresh look at the quest for the first sub-4:00 mile, the heretofore deemed physically impossible. Before the war, Britain had bloomed best in it's Sporting Tradition, but the amateur accolades leading to Olympic accomplishments were blown off the podiums in the 1952 Helsinki Games. Roger Bannister was the epitome of that disappearing scholar-athlete ideal.