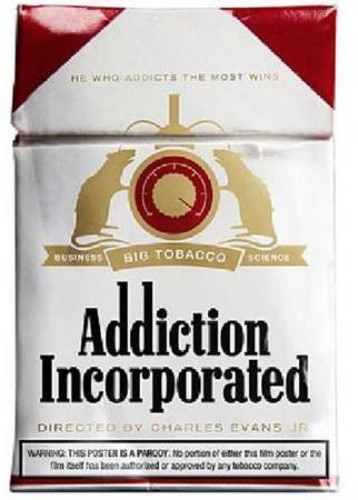 Addiction Incorporated
Format: DVD
New: Not on Hand, Let us get it for you
Wish

In the 1980s, Victor DeNoble was a research scientist at a major tobacco company, where he was tasked with finding a substitute for nicotine that would not cause heart attacks. He succeeded- but in the process, he proved something that the industry had been denying for years: that cigarettes were addictive. He also uncovered a new addictive ingredient- setting off a chain of events that still reverberates even today. In a true act of modern-day heroism, DeNoble took his findings to the people despite a strict confidentiality agreement, eventually testifying about his research in the infamous 1994 Congressional hearings with the seven heads of the major tobacco companies. An unprecedented alliance of journalists, politicians, attorneys, and whistleblowers achieved what was once considered impossible- the first ever federal regulation of the tobacco industry, which continues to have repercussions even today.