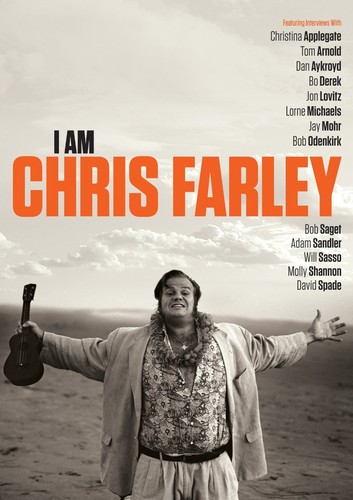 I Am Chris Farley is a documentary film that will tell the bittersweet story of one of the most innovative comedic actors who ever graced the stage, screen and television, before his untimely death from a drug overdose at the tender age of only 33. Immortalized for his uniquely bold, energetic, and in-your-face comedic style, Chris Farley's off the charts talent cemented his place as a key player in a movement that evolved and redefined the comedic genre. Although he was only in the spotlight for a short time, Chris nevertheless left an indelible mark on the entertainment industry through his groundbreaking work at The Second City, on Saturday Night Live and in several feature films and improv theaters across the country.

The film will interview those who knew Chris intimately, including his siblings, Tom, John, Kevin and Barbara Farley as well as his close friends including the real Matt Foley! Other interviews include a broad array of contemporary performers from all over the entertainment spectrum who were inspired by the truly bigger than life character that was Chris Farley. Among those honoring Chris will be Farley's cast mates and friends from SNL and The Second City, his feature films and other projects, including Christina Applegate, Tom Arnold, Dan Aykroyd, Bo Derek, Pat Finn, Jon Lovitz, Lorne Michaels, Jay Mohr, Mike Myers, Bob Odenkirk, Bob Saget, Adam Sandler, Will Sasso, Molly Shannon, David Spade, Brian Stack and Fred Wolf. With the full cooperation and participation of the Farley family, I Am Chris Farley will chronicle Farley's meteoric rise to stardom, the prolific period when his flame burned as brightly as any young actor/comedian in Hollywood, and the sad and sudden end to a career that was going straight to the top. In addition to original interviews with those closest to Chris and those inspired by him, the film will showcase clips of Farley's most memorable characters and sketches from television and film, paired with iconic photographs, home movies, family snapshots and personal artifacts, to fully round out the story of this comedy legend.