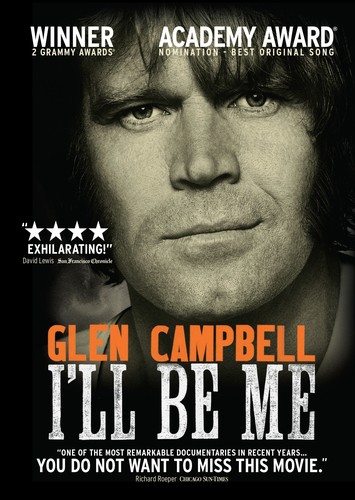 Glenn Campbell - I'll Be Me
Format: DVD
New: Not on Hand, Let us get it for you
Wish

Six months after being diagnosed with Alzheimer's disease, country music legend Glen Campbell publicly announced his condition and planned to carry out a five-week "Goodbye Tour"...which wound up lasting a full year and a half! This documentary tribute chronicles that challenging time as Campbell and his family traveled the nation, offering fans an inspiring, music-filled farewell. Includes the Oscar-nominated song "I'm Not Gonna Miss You." 104 min. Widescreen (Enhanced); Soundtrack: English.