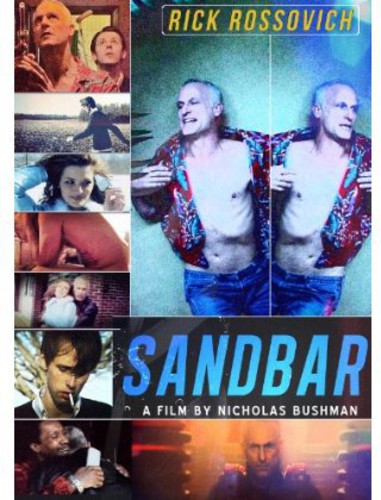 Sandbar
Artist: Rossovich/Crowley/Keene/White
Format: DVD
New: Not on Hand, Let us get it for you
Wish

In the freewheeling dark comedy Sandbar, Ronnie McCubbing, a haunted ex-Marine who spends the day with his estranged 22-year-old son (Mike Dwyer) in an attempt to salvage their splintered relationship. Together they are launched on a wild road to nowhere that will push the ties that bind them to the limit. Along for the ride is the father's young and uninhibited girlfriend (Katie Keene), who threatens to unravel all his plans. In a series of wild misadventures they cross paths with a drug dealer, a dead man, and a vicious gang bent on violence. But will they go too far to ever come back? Set against the stark backdrop of an Ohio winter, Sandbar is a one-of-a-kind approach to age-old stories of fathers and sons, the blurred line between civilian and military life, and the search for meaning in a cold world.