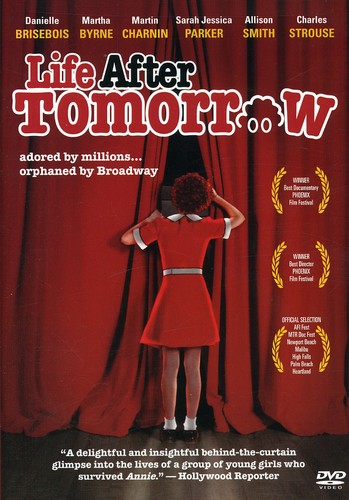 Life After Tomorrow reunites more than 40 women who played orphans in the Broadway production Annie and reveals the highs and lows of their experiences as child actresses in a cultural phenomenon. Once the curtain came down, many found it could be a hard-knock-life, fraught with out-of-control stage mothers, separation anxiety, and worst of all, pubescent growth spurts that could find the moppets being replaced by smaller, younger editions just waiting in the wings. As one cast member in the film remarks, 'The younger ones are coming to take your place and you're 12. It's not like you are getting downsized at 50 - you're 12!.' While their lives moved on, the impact of the experience remains. Features behind-the-curtain footage from the original Broadway production and performances with the re-united orphans.