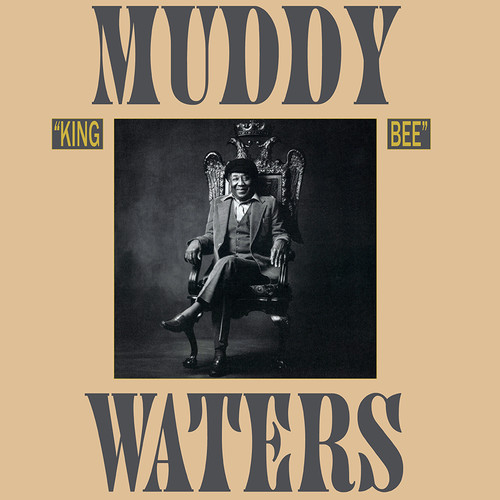 2014 180 Gram Audiophile vinyl LP pressing reissue of the 1981 legendary final studio masterpiece 'King Bee' produced by Johnny Winter. Mastered impeccably by Joe Reagoso (Muddy Waters, Johnny Winter, John Lee Hooker) & packaged in a limited edition gatefold sleeve featuring the original artwork elements as well as rare inner photos, which now are a permanent part of the inside gatefold art, which show the man who helped fuse blues and rock music for millions of music lovers across the globe. The album features all-star band with the likes of the legendary late great Johnny Winter on guitar, James Cotton on harp and the masterful Pinetop Perkins on piano, King Bee would go on to become one of the more revered studio albums in Muddy Water's extensive recorded catalog. Kicking things off with one of his finest smash hits "King Bee", Muddy continues to rock the house through a treasure trove of 9 more blues champions which made this LP the classic that it is. It features classic gems like his classics "I Feel Like Going Home","Champagne And Reefer" & "Deep Down in Florida". Noted for introducing his Chicago laden blues style to a whole new generation of guitar players, 'King Bee' is just another example of how important this late blues master's music was and still is to millions of fans across the globe.