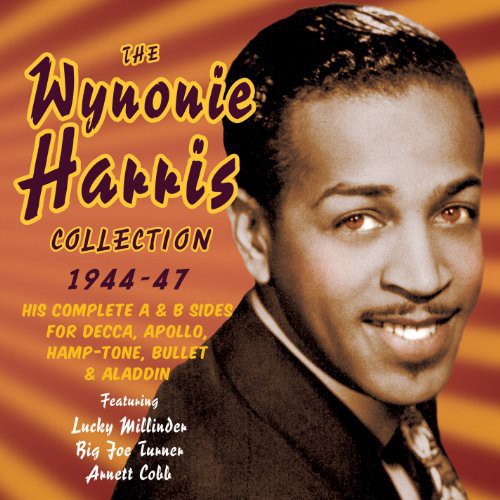 Wynonie Harris was a mighty, mighty man in more ways than one - a consistent hit maker in the heyday of post-war R&B, his songs were often anthems celebrating the joys of sex and alcohol, and he lived up to the part he created, a hell-raiser who helped establish the template of the outrageous rock 'n' roll lifestyle. Not only did he define that aspect of the business, he was one of the performers who laid the musical groundwork which presaged the rock 'n' roll explosion of the next decade - he was a major influence on the young Elvis Presley. This collection focuses on the early years of his career, bringing together every recording he made for Decca (with The Lucky Millinder Orch.), Philo (aka Aladdin), Apollo, Hamp-Tone, Bullet and Aladdin itself, before he signed to the King label where he spent the second half of his career, which will be covered by a subsequent Acrobat collection. It's an excellent body of work, including many tracks which have not featured widely on other anthologies of his work, and is a thoroughly enjoyable introduction to one of the great R&B vocalists of his day.
back to top