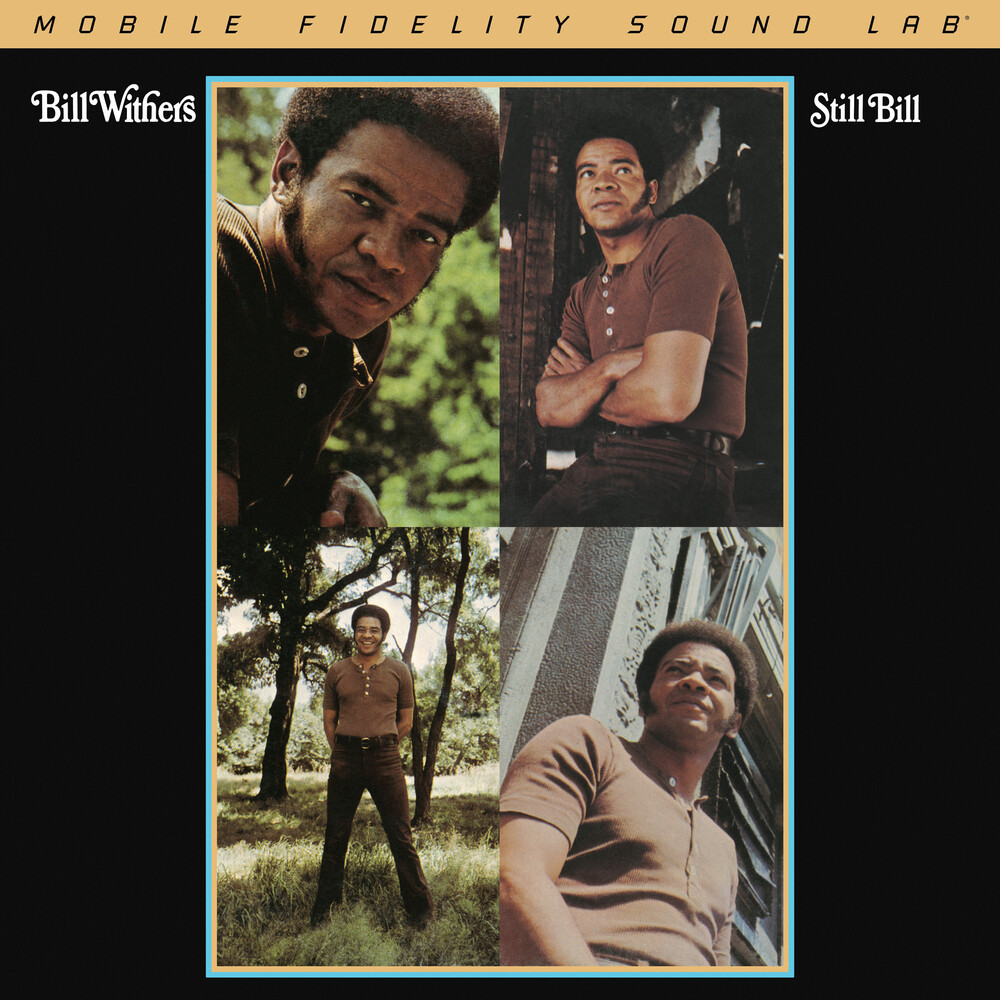 Keeping It Real for 50 Years: Bill Withers' Still Bill Is an Understated Soul Masterwork Distinguished by Unstinting Consistency, Universal Emotions, Smooth Singing, and Direct Songwriting. Mastered on Mobile Fidelity's Renowned Mastering System and Pressed at RTI for Definitive Sound: Mobile Fidelity's 180g Vinyl LP Plays with Lifelike Presence, Richness, Detail, Textures, and Transparency. Named One of the 500 Greatest Albums of All Time by Rolling Stone: 1972 Landmark Includes the Hits 'Lean on Me' and 'Use Me,' Features Support by Members of the Watts 103rd Street Rhythm Band. As it celebrates it's 50th anniversary, Bill Withers' Still Bill remains true to it's title - and stands as the greatest male-fronted soul album not made by a singer named Marvin, Al, Sam, James, or Ray. Though the saying 'keeping it real' did not exist in popular parlance when Withers released his sophomore effort on Sussex Records, no words better capture the music's approach, mindset, and value. Every facet of Still Bill radiates honesty, truth, and emotion. These characteristics - along with Withers' strong singing, hybrid arrangements, and deceptively simple songwriting - have allowed the album to endure to the point where it sounds as fresh today as in 1972. Mastered on Mobile Fidelity's renowned mastering system and pressed on 180g vinyl at RTI, Mobile Fidelity's numbered-edition LP of Still Bill gives this lush classic the luxe treatment it has always deserved. Replete with intoxicating detail and depth, the collectible analog reissue zeroes in on the music's crux - Withers' unique, rich, West Virginia-accented voice - while clearing a true-to-the-source path to the extraordinary backing he receives from members of the Watts 103rd Street Rhythm Band. The diverse spectrum of colors, textures, and tones Withers captured at the Record Plant can now be experienced for the first time outside the L.A. studio. And the lifelike presence and directness of his singing, as well as the smooth glide of his phrasing, further elevate the magnificence of the music and underscore why the record Rolling Stone named the 303rd Greatest Album of All Time continues to escalate in stature. After rising into the Top 5 of the Billboard Album charts and attaining gold status within a year of release, Still Bill has long been evaluated not by sales - but according to it's merit, spirit, and agelessness. Included by The Guardian on it's '1,000 Albums to Hear Before You Die' list (2007) as well as in Tom Moon's 1,000 Recordings to Hear Before You Die book (2008), it's contemporary standing as one of history's most venerated soul efforts eclipses the positive reception it enjoyed in the early '70s. Still Bill walks the same hallowed ground as What's Going On, Call Me, Night Beat, and Genius + Soul = Jazz. Like those landmarks, Still Bill plays with a mix of consistency, effortlessness, and complexity that rewards repeat listening and transcends categorization.
This website uses cookies to personalize content and analyse traffic in order to offer you a better experience.
I accept Learn More
back to top