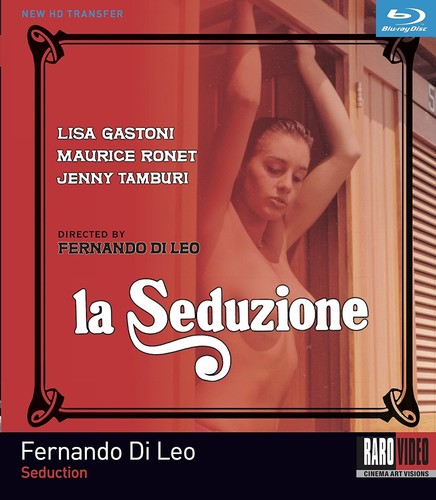 Maurice Ronet (Purple Noon) stars as Giuseppe Lagana, a European playboy who returns to his home in the Sicilian town of Catania to settle his deceased father s affairs. He reunites with an old friend, Caterina (Lisa Gastoni), and a mid-life romance is kindled from the sparks of their youthful attraction. But Giuseppe fi nds he is not immune to the sexual magnetism of Caterina s teenage daughter, Graziella (Jenny Tamburi). Soon Giuseppe s paternal affection evolves into adult passion, and he and Graziella are engaged in a tempestuous affair, willfully ignoring the consequences should Caterina discover them. Though best known for his bloody poliziotteschi, Fernando Di Leo (Shoot First, Die Later) proved himself just as adept at the erotic thriller, savoring the irresistible charm of the modern Lolita, while masterfully building tension around a love affair that, by it's very nature, is destined to end tragically.