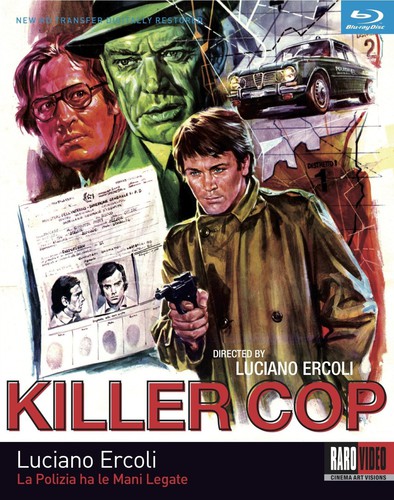 Killer Cop
Format: Blu-Ray
New: Not on Hand, Let us get it for you
Wish

A great example of Poliziotteschi (Italo-crime) the film's plot, based upon the 1969 Piazza Fontana bombing in Milan, begins with an explosion in a hotel killing dozens of innocent people. Police inspector, Matteo Rolandi is a witness to the massacre and the suspect, Franco Ludovisi is a young political activist. Ludovisi, even though the General Attorney Di Federico puts him under protection, is shot and killed. Behind this event there seems to be a conspiracy aimed at destabilizing the political social scene, but despite the fear instilled by the bombers, inspector Rolandi continues his investigation, strongly determined to find the people behind this brutal terrorist act.