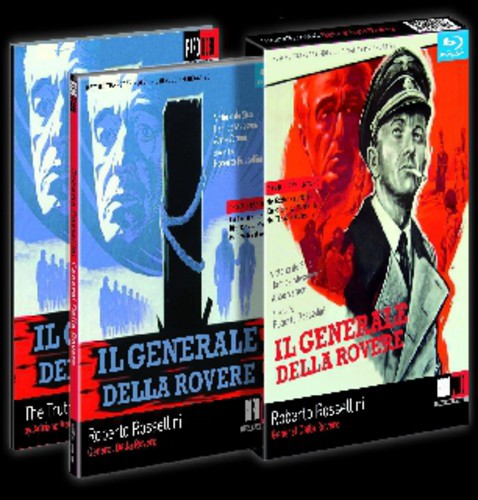 In a magnetic performance, Academy Award nominee Vittorio de Sica (A Farewell to Arms) is Bardone, an opportunistic rascal in wartime Genoa, conning and cheating his fellow Italians, exploiting their tragedies by promising to help find their missing loved ones in exchange for money. But when the Nazis force him to impersonate a dead partisan general in prison to extract information from fellow inmates, Bardone finds himself wrestling with his conscience for the first time. Roberto Rossellini's gripping drama, among his most commercially popular films, is further evidence of the compassionate artistry of one of cinema's most important voices. SPECIAL FEATURES: interview with Renzo Rossellini (son of the legendary Director), Interview with Adriano Apra (film historian), Interview with Aldo Strappini (responsible for the restoration), Original Theatrical Trailer, Collectible, illustrated booklet.