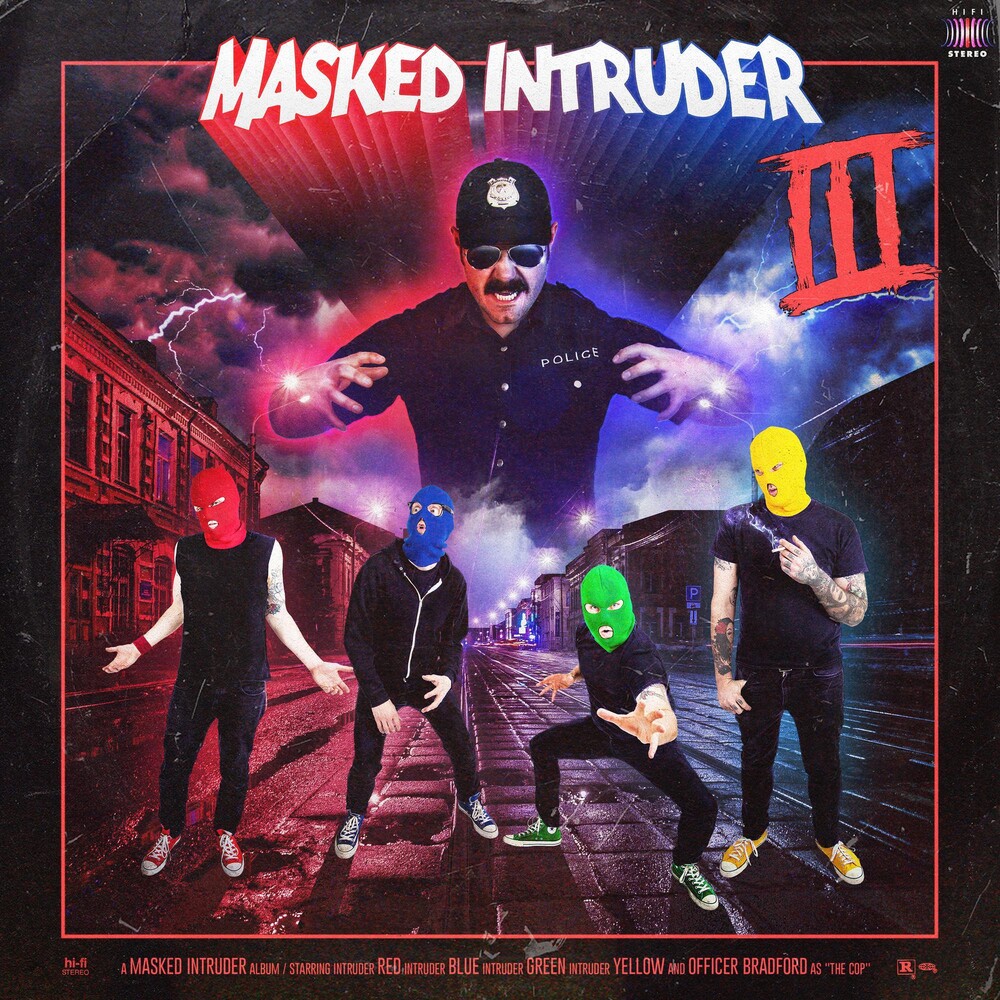 Vinyl LP pressing. Masked Intruder, the ski-mask clad, pop-punk felons from Madison, WI have escaped from prison for the release of the new album III, their third full-length and debut release on Pure Noise Records. For the new effort, the band - Intruder Blue, Intruder Green, Intruder Red and Intruder Yellow - recruited lead producer/engineer Roger Lima (Less Than Jake) as well as co-producer Mike Kennerty (The All-American Rejects). Whether it comes to stealing hearts or wallets, Masked Intruder have upped their game on III in every way and it seems as if even Officer Bradford can't hold them back, although we're sure he'll try. Speaking about the follow up to 2016's EP Love and Other Crimes, vocalist/guitarist Invader Blue said: "Our songs aren't just about the feelings and situations that they describe but they're supposed to hopefully help other people think about and reflect about their own situations." Includes the rippin' lead single "No Case."