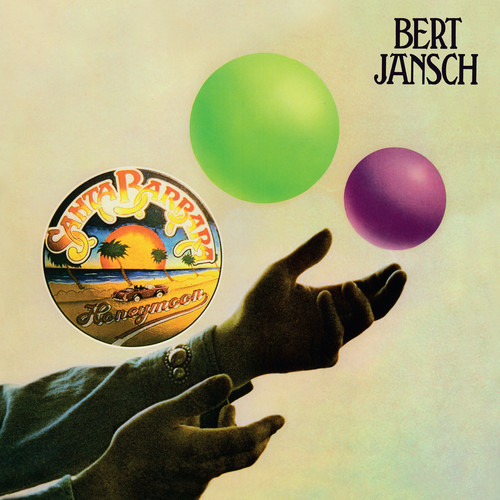 Digitally remastered and expanded edition of this 1975 album by the British folk legend. The second of two albums that Bert wrote in America in the mid-'70s, Santa Barbara Honeymoon foregrounds some of Bert's most charming and addictive melodies. Album highlights include 'Baby Blue', 'Lost and Gone' and a reworking of Jackson C. Frank's 'Blues Run The Game'. It was recorded in America over a two-month period and is another departure for Bert Jansch, mixing his familiar style with a more produced sound - utilizing backing singers and session players including horns, steel drums and a Dixieland band. Of the record, Bert says: "I spent three months at Ian Matthews' house in the San Fernando Valley. I didn't have a car and I was really isolated as it was on a street that was 40 miles long. It was in the suburbs on the other side of Hollywood and they just came and picked me up every day to take me to the studio. I think, perhaps, that added to a sense of my not being as involved in the shape of the record as I would normally be." However, it came about, it's an album ripe for reappraisal, with the added bonus of a handful of previously unreleased solo tracks - just Bert and guitar - featuring some of the songs from the album and from L.A. Turnaround recorded live at the Montreux Festival in the summer of 1975.