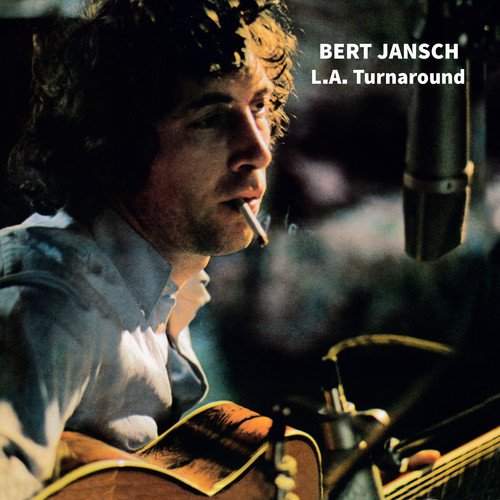 La Turnaround
Artist: Bert Jansch
Format: CD
New: Not on Hand, Let us get it for you
Wish

Digitally remastered and expanded edition of this 1974 album by the British folk legend. Includes four bonus tracks. First of a diptych of albums recorded in and influenced by Bert's time in America, and the first of three for American label, Charisma. Tony Stratton Smith himself brought Bert to the label, claiming proudly that "if ever a man is due his place among the 'superstars', it's Bert Jansch." Of the era, As the title suggests, this album was something of a contrast to Jansch's usual style - taking in swathes of Nashville-infused pedal steel - courtesy of the legendary Red Rhodes - to sparkling effect. Bert himself seemed surprised by just how well the record turned out, influenced by the assembled company's alternative approach to recording: "Red Rhodes was delightful, both he and Mike [Nesmith] who played rhythm guitar were extraordinary musicians. I had the songs when we came to record but Mike and Red didn't know them. There were no demos or anything. We'd run through them and I'd teach them the songs but Red especially was used to jamming, playing to the song." Often cited by fans as some of Bert's best work, this 1974 album was produced in part by the Monkees' Mike Nesmith, whose guidance is much in evidence on this perfectly measured slice of British country-rock.