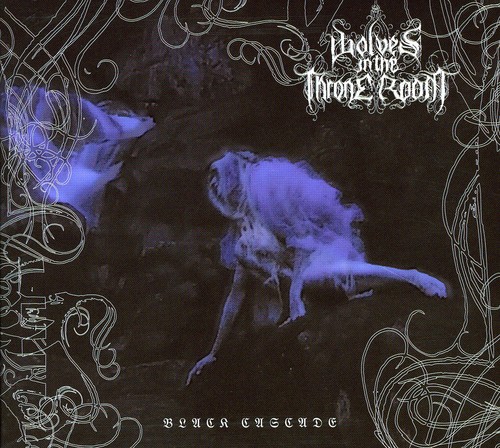 Black Cascade
Artist: Wolves In The Throne Room
Format: CD
New: Not on Hand, Let us get it for you
Wish

With this record, Wolves in the Throne Room wholly transcend the limitations of the black metal label to be reborn as an entity entirely unto themselves. The energy conjured by the music is a distinctive manifestation of a personal vision that is not beholden to the rules of any genre. Black Cascade is characterized by a heavy and powerful analog sound and a deft touch with songwriting and arrangement. The crumbling roar of decidedly old school tub amps unite with layers of mossy analog synthesizer and cataclysmic percussion. Blazing and crystalline metal riffs slowly collapse and shift into ritualistic dirges that invoke endless rain falling upon the ancient cedars of the Pacific North West. It is as if the instruments are controlled by shadowy and elemental forces of nature rather than three forest dwellers from Olympia, WA. This record is an analog monolith that does credit to an intricately layered and ever shifting psychedelic soundscape churning beneath the unrelenting blast beats and tremolo guitar. Recorded onto 2 inch tape and mixed by producer Randal Dunn (Sunn o))), Earth, Grails), Black Crusade captures the energy of a band who has said that they would prefer that the audience at their concerts would prostrate themselves on the floor and cry.