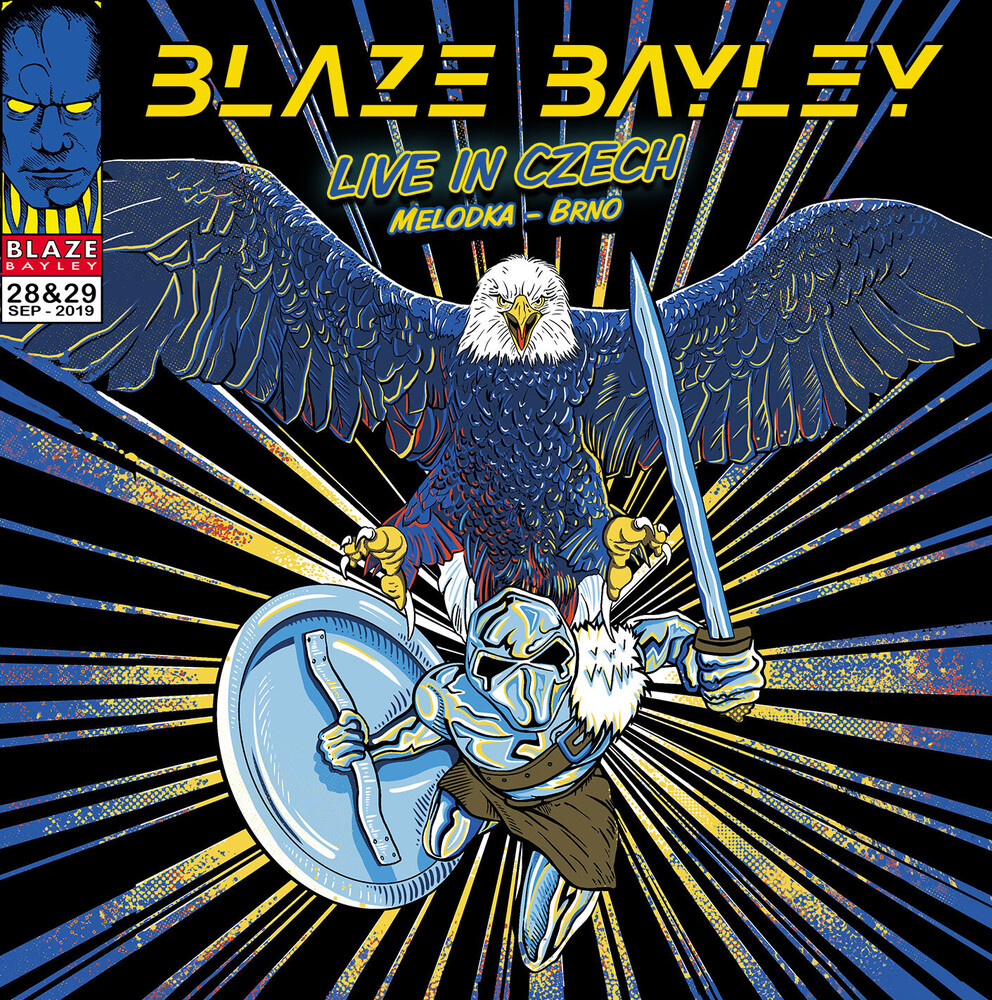 Live In Czech
Artist: Blaze Bayley
Format: CD
New: Not on Hand, Let us get it for you
Wish

UK two CD set. Blaze Bayley, singer with Iron Maiden 1994-1999, releases a double live album, recorded in front of a capacity crowd at the Melodka venue, Brno, Czech Republic, in September 2019. This concert is the final show of the Tour of the Eagle Spirit which took Blaze and his band across 59 tour dates in-total, with a setlist including some of the more epic songs from his Infinite Entanglement trilogy of albums released in consecutive years 2016-2018. This builds on a successful period for Blaze, coinciding with Iron Maiden re-issuing their catalogue on vinyl including the two albums released during his era with the band. Indeed X-Factor and Virtual XI have gained popularity at this time, being recognised of late as influential releases which helped guide Maiden towards a more progressive path.