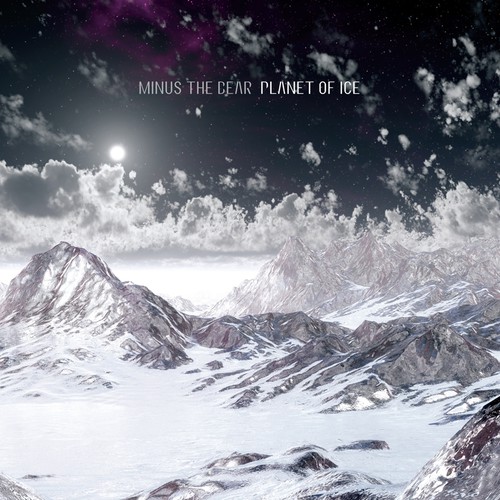 For the past six years, Seattle's Minus the Bear have orbited the music world like a distant meteor, fine-tuning their brand of indie rock and discovering how technology can help enhance the band's unique pop vision - all of which is about to culminate with their latest full-length Planet of Ice, an album showing the band not so much transforming their sound as transcending it.

Irony: Essentially a supergroup of expats from Seattle's most adventurous post-hardcore outfits (Botch, Kill Sadie, Sharks Keep Moving), Minus the Bear forged their own unique tap-driven indie sound five years ago, but wound up sorta boxing themselves in via sheer repetition. Perhaps last year's remix companion to sophomore full-length Menos el Oso sparked their creativity again, 'cause despite what the title suggest, Ice really undulates. "Dr. L'Ling" and "Burying Luck" are supersaturated, tripped-out epics that artfully exploit frontman Jake Snider's long-standing fascination with girls and the ocean. Interestingly, founding keyboardist and go-to metal producer Matt Bayles (Isis, Mastodon, Planes Mistaken for Stars) passed the FX torch to engineer Alex Rose, and the band hasn't skipped a beat. Well, they artificially skip beats courtesy of, like, effects pedals all the time, but' ah, forget it. You buy album now.
back to top