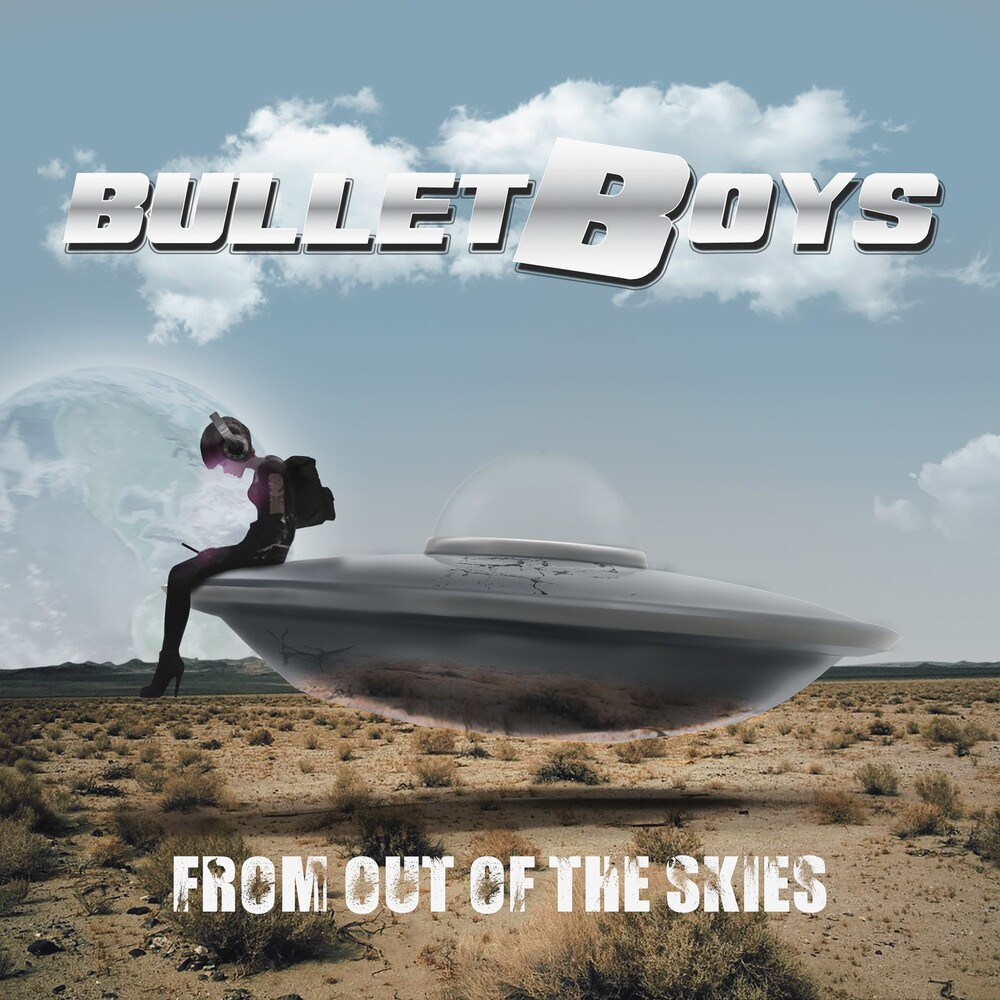 From Out Of The Skies
Artist: Bulletboys
Format: CD
New: Available to Order 5.98
Wish

2018 release from the veteran hard rockers. The first single, "D-Evil" features guest vocals from Jesse Hughes of Eagles of Death Metal. Of the song, vocalist, guitarist, and founding member Marq Torien says, "Jesse and I had an instant bond when we met and he did an outstanding job collaborating on the song with his vocals a welcome contribution. " From Out Of The Skies was recorded at the Foo Fighters' Studio 606. "Writing and recording From Out Of The Skies was a humbling experience and recording this unpredictable album at the Foo Fighters' Studio 606 was unbelievable and magical. Dave Grohl's music got me through a very difficult time, so from day one I knew that we were in the right home to record. I was privileged enough to use one of Dave's acoustic guitars to record with, along with a hand-picked drum set by Taylor Hawkins. I appreciate the opportunity to record there, " says Torien.