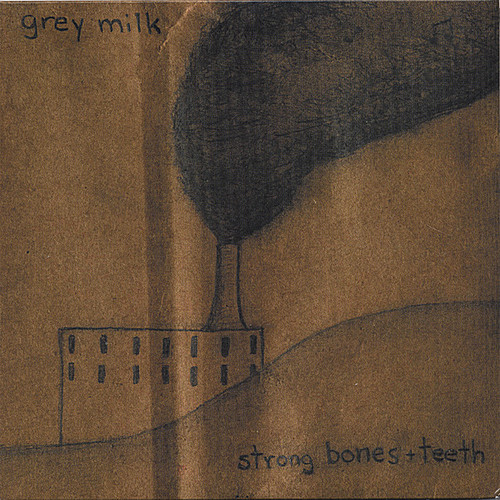 Grey Milk is the moniker of Massachusetts-raised songwriter, guitarist, vocalist, and performer Jesse Houle. He writes folk-inspired songs with collaborator Dylan Clark, also a longtime Massachusetts resident, and drummer. Grey Milk's songs could be considered acoustic modern folk music funneled through a filter of punk rock, post-punk, classic rock, and indie aesthetics. The group unabashedly embraces it's musical roots across the musical spectrum: classic rock bands such as The Who and Creedence Clearwater Revival, punk rock groups including Piebald and Lagwagon, alternative acts such as Ben Folds Five and Guster, and indie rockers like Ted Leo and Fugazi. Lyrics focus on both the personal and the global, the philosophical and the empirical. These are songs of love, loss, regret, hope, triumph, politics, optimism, pessimism, spirituality, and mourning. Stylistically Grey Milk songs are also anything but static; the guitar whispers and the vocals serenade as often as the drums pound and chords rumble, the songs reach cathartic peaks from withering valleys, although never losing focus on melody and a keen sense of humor and humility. Houle and Clark perform with a dire urgency not found in most acoustic-based acts; energy and crowd involvement are paramount to the bands live show. The band performs in almost any scenario, including but not limited to: street corners, park benches, living rooms, beaches, garages, basements, bars, gymnasiums, clubs, dorms, and backyards, with changing instrumentation to match any situation. In 2006 the band created it's first recording, a self-released EP entitled 'Strong Bones and Teeth,' and is working on two summer tours in the northeast, southeast, and midwest US to support it, all with help from it's myriad fan network culled from internet promotion and networking.
This website uses cookies to personalize content and analyse traffic in order to offer you a better experience.
I accept Learn More
back to top