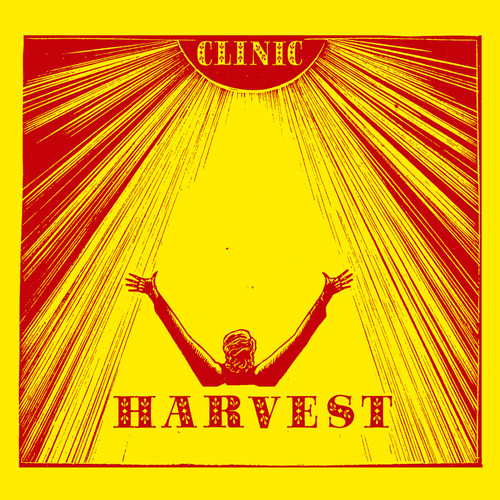 Harvest
Artist: Clinic
Format: CD
New: Not on Hand, Let us get it for you
Wish

Since their inception in the late '90s, Clinic have created some of the most distinct, timeless music of their day. A mix of vibrant, pounding surf guitars, and dark, sinister psychedelia. Described by the band as 'an ancient gong summons and laid back tribal groover', Harvest is the first taster for fans of the Liverpool band's eagerly awaited fourth album Visitations. *This EP features two exclusive songs that will not be avaialble on Clinic's upcoming January, 2007 full length VISITATIONS, plus the sinister, hypnotic video to Harvest. *Limited run of only 2000 pressings will appeal to Clinic's loyal fan base and collectors alike. *Clinic's 2002 release Walking with Thee made nearly every year-end top 10 list and received a Grammy nomination for "Best Alternative Album."