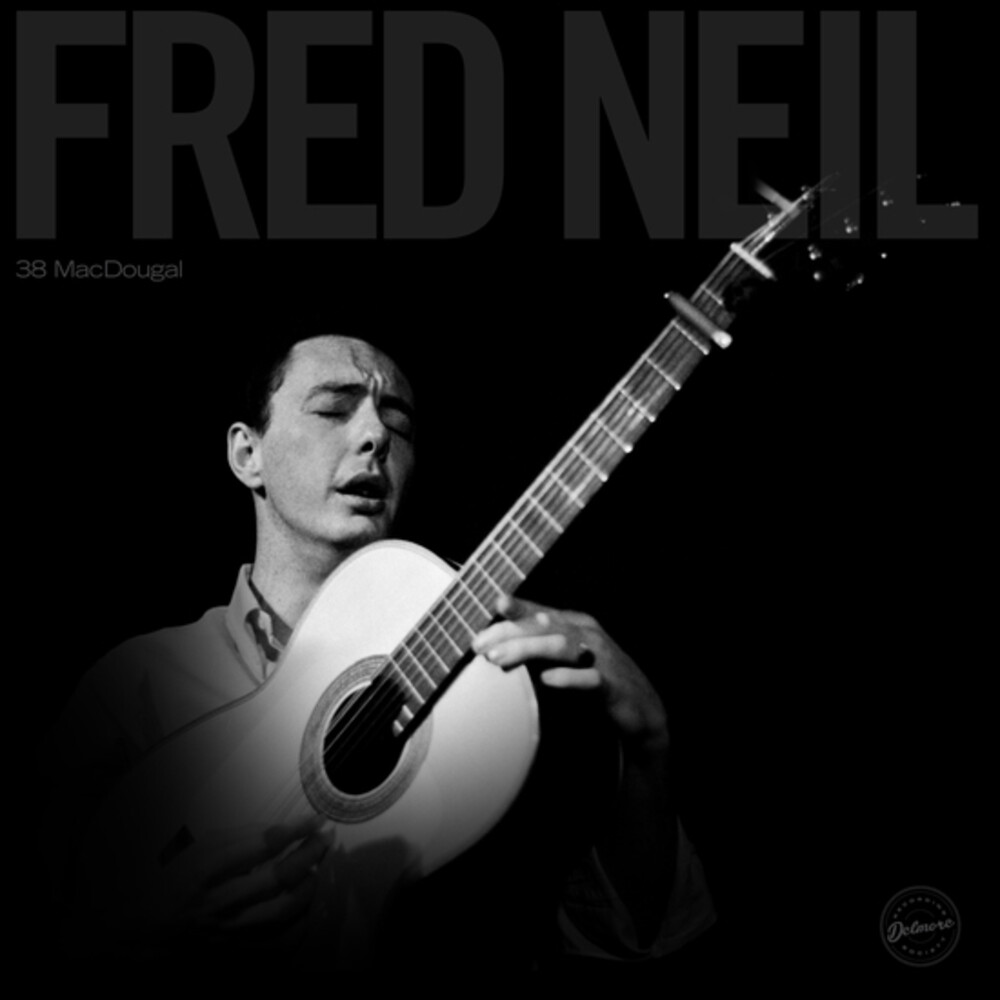 38 Macdougal
Artist: Fred Neil
Format: CD
New: Not on Hand, Let us get it for you
Wish

Mastertone Studios, NYC, 1965... Amidst mounting friction with producer Paul Rothchild, Fred Neil walks out on the unfinished sessions for what was to be his debut album, 'Bleecker & MacDougal'. Fearing he wouldn't return to the studio, his friend and guitar player, Peter Childs, invited him down to the Greenwich Village apartment he shared with John Sebastian, at 38 MacDougal. According to Childs, 'the best chance to get Freddie back wouldn't be to try to persuade him verbally, but to get him over to the apartment for a bit of music-making'. What transpired on that afternoon was a legendary singer-songwriter and his long-time accompanist making music for the pure joy of it, a one-of-a-kind private performance, captured on Ampex reel to reel, and stored for over fifty years!The previously unreleased recordings contained on '38 MacDougal' were beautifully detailed in Peter Lee Neff's 2018 Fred Neil biography, 'That's The Bag I'm In'. Fred and Peter perform songs that would later wind up on 'Bleecker & MacDougal' ('Travellin' Shoes', 'Country Boy', 'Gone Again', 'Candy Man', 'Little Bit Of Rain'), a definitive 'Sweet Cocaine', and two PD songs that don't appear on any other Fred Neil album; the traditional folk song, 'Once I Had A Sweetheart', and the African-American spiritual, 'Blind Man Standing By The Road And Crying'. The latter is our personal favorite, and despite the biography mentioning the song cutting off before it ends, Delmore's tape magically contained the complete performance in all it's glory. Fred takes the song on a personal and deep journey, and Peter adds the most perfect musical touches. It's also the first appearance on a Fred Neil record of one of the many Spiritual songs that were often a part of his live repertoire.