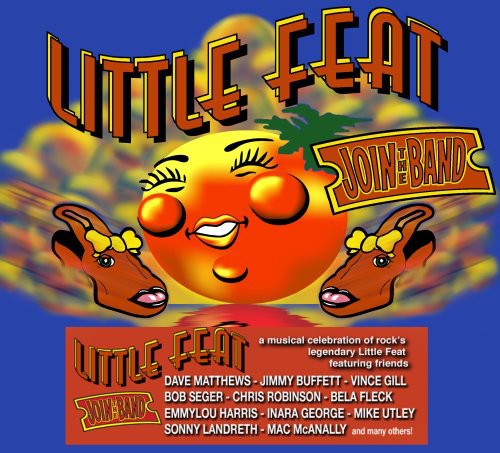 Join The Band
Artist: Little Feat
Format: CD
New: Not on Hand, Let us get it for you
Wish

''Join the Band'' is a 2008 album recorded by Little Feat. Their first studio album in five years, it features no new original songs but is a set of collaborations with other artists such as Bob Seger. Emmylou Harris, Dave Matthews and Inara George. It was released on July 1, 2008.

The track list consists mostly of reworked Feat classics with a few cover versions thrown in.

It also turned out to be the band's last work with singer Shaun Murphy with whom they parted company in 2009. - Wikipedia